An Inside Look at God’s Not Dead 2

An Inside Look at God’s Not Dead 2 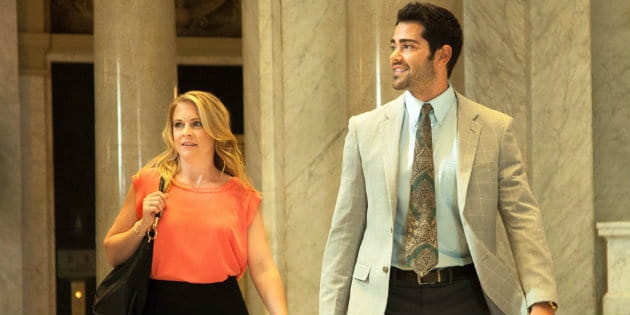 When God’s Not Dead first premiered back in 2014, no one could have guessed the impact it would have on modern cinema. The tale of a young Christian student defending his faith against his atheist professor became an overnight sensation. Despite being made on a modest budget, the film continued to break box office records week after week, and inspired numerous discussions between Christians and non-believers. Given the overwhelming success, it was hardly surprising when PureFlix announced a sequel film was in the works, and according to writer Steve Strang, Christian viewers should be very excited. Having recently visited the set in Arkansas, Strang was able to share new details concerning the upcoming film’s plot and characters.

This time, the story will focus on a Christian high school teacher played by Melissa Joan Hart (Melissa & Joey). After quoting the Bible during one class, Hart’s character suddenly finds herself being sued by a disgruntled student who believes she violated the “separation between Church and State”. Strang himself was very impressed with the new cast, and was encouraged by their willingness to speak out in support of religious freedom,

“I was pleasantly surprised by what I heard and saw. The stars like Melissa Joan Hart and Sadie Robertson were likable and seemed passionate about this new movie. Everyone I talked to from Director Harold Cronk down to the extras said they believed the movie would help teach a generation of Christians how to defend their faith in an increasingly hostile environment.”

“It was fun watching the takes and retakes and to watch and listen on the monitors at Benton High School in Benton, Arkansas, about a half-hour outside of Little Rock. They used an actual classroom and some local teens, along with members of some Christian bands and the children of a few well-known Christian leaders as students in the school…”

“Many of the actors professed to be Christians, including Hart—who I know as a spokesperson for Wal-Mart—who told me being in the movie allowed her to ‘come out’ as a Christian in Hollywood.”

Currently, there is no standing release date for God’s Not Dead 2, but the film will reportedly hit theaters sometime in 2016. As for Strang, he announced that interviews with the cast and crew were not far behind. With the buzz of anticipation already building, Christians can be hopeful this new movie signals a revival of faith-based entertainment that aims to share the Good News of Christ with viewers of all nations. For, as both the original movie and Christian audiences can proudly proclaim, “God is Not Dead”.

Are you excited for God’s Not Dead 2? Be sure to check out these contributing articles from John Stonestreet and Crosswalk’s own Carrie Dedrick.