How Charlie Brown's The Great Pumpkin Is Redeeming Halloween

How Charlie Brown's The Great Pumpkin Is Redeeming Halloween 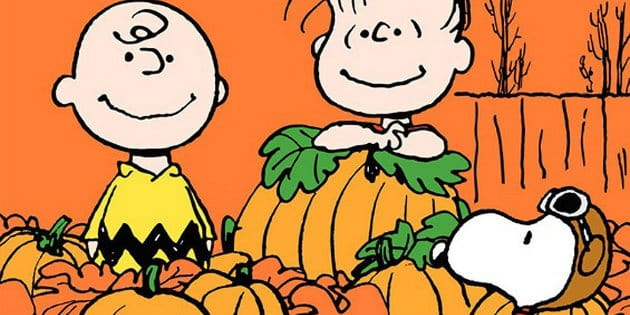 Halloween has always been a tricky night for Christians (pun intended). We spend the month of October debating over what we should do, only to take radically different paths when the night of the 31st finally arrives. While some believers have no trouble dressing up and going out, many will probably choose to stay home and watch television. If that’s the case, you might try searching out It’s the Great Pumpkin, Charlie Brown. Though not as popular as its Christmas counterpart, this Halloween special still invokes some powerful thoughts on faith, doubt, honesty, and trust.

Though each member of the Peanuts Gang has their moment in the story,The Great Pumpkin largely revolves around the character of Linus and desire to witness said “Great Pumpkin”. Linus believes that every year The Great Pumpkin rises out of the most sincere pumpkin patch in town, and he’s determined to witness this event regardless of his friend’s mockery. Relevant Magazine, in its own review of the holiday special, notes how special emphasis is given to the idea of faith. They write:

“Of course, the special isn’t really about a great pumpkin—it’s about believing in something even though there’s no physical evidence of it, and even though you are mocked for it. The story isn’t about just superstition; it’s about sincere faith in the face of others’ doubt…”

“The Great Pumpkin never arrives. But, even though he’s embarrassed and mocked for his belief, Linus still never stops believing. Later, he tells Charlie Brown that his faith is unwavering: ‘Next year, I’ll find a pumpkin patch that is REAL sincere!’”

To some, this may seem like a foolish allegory. After all, The Great Pumpkin isn't real. Linus' faith was never rewarded, he missed out on Halloween, and his continued insistence only serves to push away his friends. However, Schulz knew better. The cartoonist and part-time Sunday school teacher was known to say, "Once you accept Jesus, it doesn't mean that all your problems are automatically solved."

Relevant even points out how Schulz eschewed happy endings because he believed true growth came from disappointment rather than fulfillment. He explained:

“You can't create humor out of happiness. I'm astonished at the number of people who write to me saying, 'Why can't you create happy stories for us? Why does Charlie Brown always have to lose? Why can't you let him kick the football?' Well, there is nothing funny about the person who gets to kick the football.”

In a sense, It's the Great Pumpkin, Charlie Brown is the perfect story for Christians around Halloween. It’s full of uncertainty and disappointment as characters try to reconcile their faith with the world they live in. We know from experience that sincerity is not always rewarded, and that even firm beliefs do not ensure success. Yet, despite failure and frustration, Halloween ultimately gives way to Christmas, where hope is finally given its victory. For those of us staying indoors on October 31, that's a very comforting truth to remember.

Ryan Duncan is an Editor for Crosswalk.com.