How Superheroes Can Make Us Better Christians

How Superheroes Can Make Us Better Christians 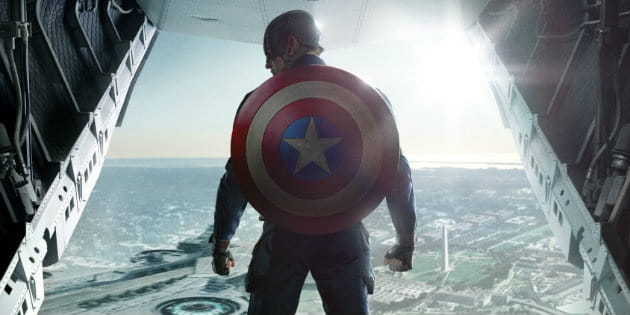 I think there’s a point in everyone’s life where we dream of being a superhero. The action, the romance, the cool costumes and powers; who wouldn’t get caught up in the idea? Unfortunately, there’s also a time when most people outgrow their favorite do-gooder, telling themselves that capes and masks are the stuff of children. I disagree, and not just because I’m an unabashed comic nerd. In many ways, superheroes tell us what it means to be human, and for Christians, they personify the endless struggle between grace and temptation.

There are days when I can relate to Daredevil, the blind hero who guard’s Marvel’s New York City. He wants to do good, he wants to love his neighbor, but when faced with humanity’s pride and cruelty, he starts to question whether his actions really make a difference. Why show mercy when it only leads to betrayal? Why hold yourself to a higher standard when if leaves you broken and bloodied? The early Christians would have understood,

“Do not repay anyone evil for evil. Be careful to do what is right in the eyes of everyone. If it is possible, as far as it depends on you, live at peace with everyone. Do not take revenge, my dear friends, but leave room for God’s wrath, for it is written: ‘It is mine to avenge; I will repay,’ says the Lord.” – Romans 12:17-19

What about Aquaman? The King of the Sea lives in a world where he doesn’t truly belong. Why should he care what happens to land dwellers? Wouldn’t it be easier to stay beneath the waves and let the surface world pay for its own bad decisions? Many Christians have felt similarly, but Christ doesn’t give us that option,

“If anyone has material possessions and sees a brother or sister in need but has no pity on them, how can the love of God be in that person? Dear children, let us not love with words or speech but with actions and in truth.” – 1 John 3:17-18

Superheroes can even show us how to be better parents. Jason Morehead, a writer at Christ and Pop Culture, tells of how he was inspired by the adventures of Kamala Khan (AKA. Ms. Marvel). Though inexperienced and naïve, Kamala still tries her best to help others in the face of overwhelming hostility. Furthermore, when Kamala’s overbearing mother learns of her daughter’s superhero identity, her reaction isn’t anger, but pride.

“As soon as I read Mrs. Khan’s reaction, all of my anger, frustration, and disappointment — all of my desire for sovereignty — simply…faded. I saw in Kamala my kids, with their own fears of rejection and desires for love and acceptance. But more importantly, I saw in Mrs. Khan an example of the unconditional grace, love, and acceptance that I always want to have for, and express to, my kids. In those few panels, Mrs. Khan was the parent that I ought to be, that I needed to be, and that I hadn’t been all day long.”

The world is a tough place, and sometimes we need heroes to swoop in and remind us of what’s worth fighting for. It may be a little childish, but then again, didn’t Jesus tell us to be more like children (Matthew 18:3)? So dust off your old comic books and take an afternoon to catch up with your favorite characters. What you find may surprise you.