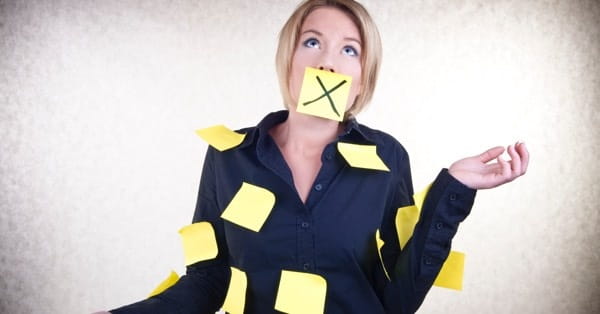 Over the last several weeks, one verse keeps coming up in my studies. I wouldn’t exactly call it one of those “power verses” that gets me all hyped up. Rather, it’s one of those that makes me really consider what it truly means to follow Jesus. The verse?

“For it is time for judgment to begin with the family of God; and if it begins with us, what will the outcome be for those who do not obey the gospel of God?” (1 Peter 4:17)

To me, this is exactly where the American church is. We’re facing increasing opposition from the outside with cultural pressures and moral decay. That’s difficult enough. But we’re also facing pressure from within—from those who claim to be Christian but continue to deny the very One who they say they follow. They seem to forget that Jesus had some strong words for those who did not build their lives on His Word (Matthew 7:24–27).

Case in point? Today, over at Huffington Post, blogger and speaker Steve McSwain has taken up a common trope among bloggers in listing things that Christians should stop saying. But all the things he wants us to stop saying are at the heart of our faith. Let’s tackle his six:

1. The Bible is the Inerrant, Infallible Word of God.

For McSwain, this is an open and shut case. Since we don’t have the “original manuscripts” (that is, the original documents penned by the authors themselves), then we can’t say we have the real Bible. Plus, he says, there are boatloads of errors. To say otherwise “is a lie.”

First, our confidence in the accuracy of Scripture has only continued to grow as new discoveries come to light. To put it bluntly, the preservation has been astonishing. Since McSwain lists none of the “errors” that bother him, we can’t address what he means. But I came to Christianity from atheism after seeing how ridiculously reliable Scripture is. So, if saying the Bible is infallible is a lie, then I’m glad to be a big, fat liar.

Finally, McSwain forgets that the preservation of the Bible doesn’t depend upon humanity. God is the one who claims that His Word will never fade (1 Peter 1:24–25). Denying his ability to do so is to say that He’s not really God. In fact, Jesus had the perfect response for claims such as this:

“You are in error because you do not know the Scriptures or the power of God.” (Matthew 22:29)

2. We Just Believe the Bible.

McSwain’s real issue here is somewhat vague. Perhaps he’s attacking sola scriptura (Scripture alone as the rule of our faith). If so, then his problem here is that he claims that what Christians really believe is our interpretation of the Bible, not the Bible itself.

Sure, various denominations have disagreed on how to interpret certain matters of theology as understood from Scripture. But that’s precisely because we take the Bible so seriously. We want to make sure that we believe what it teaches. Getting that right is a big deal. However, in Evangelical tradition, these differences of interpretation have to do with secondary issues, not the essentials of what the Bible actually says.

3. Jesus is the Only Way to Heaven.

Yes, a man who claims to be a Christian says that we should stop claiming Jesus is the only way to heaven. According to McSwain, we’ve missed the true point of John 14:6. Really, Jesus, as “the Way, the Truth, and the Life,” meant only to comfort the selfish disciples before He went to heaven, not to tell them about the hows of salvation.

The problem? Even if we were to grant McSwain’s very odd understanding of this verse, John 14:6 is only one of many, many verses that makes this claim. Let’s just touch on a few:

“Salvation is found in no one else, for there is no other name under heaven given to men by which we must be saved.” (Acts 4:12)

Someone asked him, "Lord, are only a few people going to be saved?” He said to them, “Make every effort to enter through the narrow door, because many, I tell you, will try to enter and will not be able to.” (Luke 13:23–24)

“I am the gate; whoever enters through me will be saved. He will come in and go out, and find pasture.” (John 10:9)

Jesus sounds far too exclusive for our culture. But the people who put Him on the cross thought the same thing.

4. The Rapture of Jesus is Imminent.

Whatever your take on the rapture, McSwain has no time for such foolishness. You should just “[b]urn up your charts [about when and how it will happen] and go live like Christ.” The irony here, of course, is that he doesn’t even believe that we have an accurate Bible that tells us how Jesus actually lived. So, doing so would be impossible if we followed his advice.

But, more importantly, the imminent (could happen at any time) return of Christ is exactly what should compel us to live like Jesus. Paul and Peter both urged believers to live holy lives dedicated to sharing the gospel because Jesus could come back at any time.

5. Homosexuality is a Chosen Lifestyle and a Sin against God.

McSwain sets up something of a fake argument here so that he can destroy it. Most Christians believe that all of us are fallen and bent toward sin (Romans 3:23). We didn’t choose our fallen nature or what our weaknesses are, but it’s at the core of our humanity. So, what we can choose is if we embrace our fallen nature with its associated sins or embrace new life in Christ, thus moving toward holiness and away from sins such as homosexuality (Romans 12:1).

But since he’s already tossed out the Bible, we shouldn’t really be surprised that McSwain appeals to the “moral, spiritual, and religious environment” as the reason that “changes are coming.” We, he says, should change, too. In fact, he claims, if only the older generation would get out of the way, then things would be much better.

In Judges, we see exactly what happens when the older, God-honoring generation “gets out of the way”:

“In those days Israel had no king; all the people did whatever seemed right in their own eyes.” (Judges 17:6)

That didn’t turn out so well.

Actually, McSwain doesn’t so much care if you believe this; he just wants you to “stop insisting that those myths be taught in our public school” or insisting that the founders of America held this view. But the truth is that even the largest young earth creationist organization in the world has specifically said many times that they don’t want to force schools to teach this.

Not every Evangelical holds to a young earth, of course. But those of us who do aren’t the buffoons that McSwain makes us out to be. Sadly, he says this right before claiming that Christians should be known for their love.

So, what’s the issue? Whatever McSwain is advocating us to believe, it isn’t Christianity. Following Jesus means building our lives on His Word, and doing that means trusting His Word. We lay down everything else, take up our crosses, and follow Him.