Can Marijuana Be Used to the Glory of God?

Can Marijuana Be Used to the Glory of God? 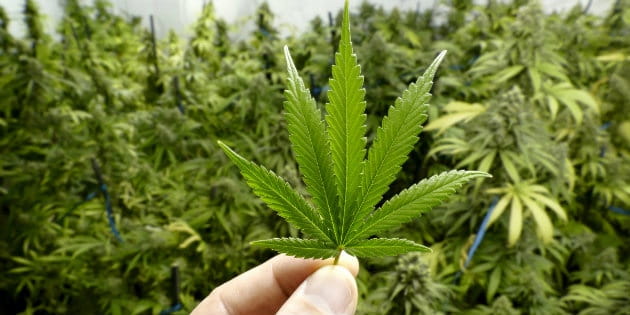 Jeff Lacine, a pastor and guest contributor on desiringGod.org, has written an article titled “Marijuana to the Glory of God.” He is familiar with the effects of marijuana since he used to smoke it every day as a teen. He is now a pastor in a city where marijuana is legally celebrated, and his church office is located across the street from a marijuana dispensary. Now that marijuana or cannabis is legal for recreation use in some states, how should Christians view recreational use of it? Lacine comments,

“A growing number of Christians today believe that it is biblically permissible to use cannabis recreationally. Are they right?”

Lacine looks at Christian views of marijuana versus alcohol. He points out that Christians do not drink alcohol solely for the taste of it. He conintues,

“Even moderate drinking, which is biblically permissible, has lubricating psychoactive effects. From a biblical perspective, this lubricating effect can be acceptable. While drunkenness is clearly prohibited (Ephesians 5:18; Romans 13:13; Galatians 5:19–21; 1 Peter 4:3), God has given “wine to gladden the heart of man” (Psalm 104:14–15).”

He reports that both substances are organic in nature, both have the potential to distort and intoxicate the mind of the user, tolerance can be built up with both substances, and both can be habit-forming.

Then Lacine comments on their differences. Unlike alcohol, a cannabis user cannot black out and die from an overdose. There are many different plant strains of cannabis, which can cause differing effects on users. And even if two users use cannabis of the same strain, the marijuana usage may have differing effects on the two individuals. Lacine writes, “There are at least 113 different chemical compounds (cannabinoids) inside the cannabis plant that combine to cause a variety of effects on an individual when smoked or ingested.”

Unlike alcohol, marijuana has not been used worldwide for ceremonial celebrations; regular cannabis use is linked to mental health disorders (alcohol abuse has also been linked to this but not moderate drinking). Additionally cannabis usage in the last century has been viewed as a cultural symbol of rebellion. And lastly cannabis is not directly addressed in the Bible as alcohol is, to summarize Lacine.

So how does this information help us understand a biblical worldview for cannabis usage? Since alcohol and cannabis are different compounds with different uses and effects, we cannot directly apply what the Bible says about alcohol to cannabis use. In Lacine’s words, what we do have is: “God-revealed principles to guide and direct our thinking about its [cannabis’]recreational use.”

To the church of the Corinth, Paul responds to their claim that they have the right to do anything:

So even if some things are lawful, it may not be in the best interest for Christians to participate. Why? It’s certainly not so Christians can feel more esteemed or look better to others. Paul says not everything you want to do will be beneficial or constructive, so what must we do? We must think of the good of others. Ask yourself, is what I’m doing only benefiting myself or is it also benefiting others? Is what I’m doing only lifting me up or is it building up the church as well? Basically, Paul is saying look outside of yourselves…don’t live only for your own benefit and enjoyment.  Lacine asks,

“We often get help on specific questions when we keep our eyes on the big picture. What is the endgame for the Christian life? What should we be aiming at in all things?”

God’s glory cannot be measured; we cannot comprehend the fullness of His glory on earth, but we are to glorify Him through His Spirit in all that we do. This is what we should be striving to do on a daily basis. In everything we do, say, or write, let’s showcase the glory of God; let’s bring Him honor, let’s build up the church, let’s love the people He loves and give mercy freely as He gives mercy, and if anything threatens to interfere with our aim let’s refrain from it. Sin prevents us from seeing things as they really are. It distracts us from who we are called to be and what we called to be doing.

“I believe, both from research and experience, that recreational cannabis distorts reality and numbs people to the ability to experience life as it truly is. Even a relatively small amount of THC puts the infrequent user into a fog. A larger amount can potentially cause paranoia.”

Marijuana doesn’t help people engage…it helps people disengage. The last thing Christians need is to be disengaged. Lacine follows up, “To confirm this testimony, studies have shown a high correlation between regular cannabis use and the clinical diagnosis of Amotivational Syndrome.”

So while the Bible does not explicitly prohibit substances like cannabis, recreational marijuana use does seem to violate the Christian principle of sobriety. Lacine cites 1 Thessalonians 5:6-8 (let us be sober), Titus 2:2,6 (be sober-minded, be self-controlled), and 1 Peter 4:7 (be self-controlled and sober-minded). If something is fogging up your mind whether it be marijuana use, too much alcohol, mind-numbing video games, or television shows that suck you in to their reality refrain from it. While this is subjective to the user, we know that even a small amount of marijuana with THC can put the user into a fog, and we know that too much alcohol can cause drunkenness.

“Because of the many variables involved with marijuana use (for example, its medicinal use), I believe we should be very slow to make a firm prohibition policy for members of the church, such that we would automatically proceed with church discipline upon unrepentant use. However, it should be clear that unrepentant marijuana use could easily lead to church discipline.”

Some people use marijuana for legitimate medical reasons, especially more recently with cannabis oil, which has been able to help some people affected with skin disorders and seizures. There are also some chronic pain patients who have experienced positive results from medical marijuana, when traditional medicines failed. However, these methods are still controversial in the medical world. Medical researchers are still testing the effects of medical cannabis, and physicians must be specifically licensed in most states in order to prescribe it.

“The details and nuances we’ll encounter will be complex, but Jesus’s church, holding fast to his word, led by a team of wise pastors, will be up for the challenge. God will have new mercies for us as we walk together by faith in the age of legal marijuana.”

Related article:
Is it Ever OK for a Pastor to Smoke Pot?

Christianity.com: Is there a clear, biblical reason why Marijuana should not be legalized? - Matt Staver from christianitydotcom2 on GodTube.

Liz Kanoy is an editor for Crosswalk.com