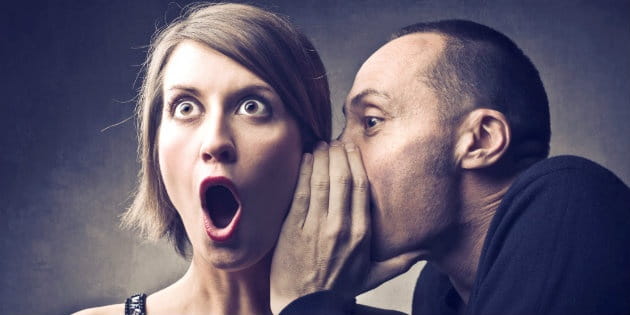 “Suppose one reads a story of filthy atrocities in the paper. Then suppose that something turns up suggesting that the story might not be quite true, or not quite so bad as it was made out. Is one's first feeling, 'Thank God, even they aren't quite so bad as that,' or is it a feeling of disappointment, and even a determination to cling to the first story for the sheer pleasure of thinking your enemies are as bad as possible? If it is the second then it is, I am afraid, the first step in a process which, if followed to the end, will make us into devils. You see, one is beginning to wish that black was a little blacker. If we give that wish its head, later on we shall wish to see grey as black, and then to see white itself as black. Finally we shall insist on seeing everything -- God and our friends and ourselves included -- as bad, and not be able to stop doing it: we shall be fixed for ever in a universe of pure hatred.” – (Mere Christianity)

That’s a rather dire statement, but given recent events it could hardly be more appropriate. Fear, anger, and disgust have been on a high boil since the Supreme Court’s decision in Obergefell v. Hodges, and many Christians are on edge. In times like these, it’s tempting to ignore Lewis’ warning and seize on any piece of information that validates our frustration. However, as Ed Stetzer of Christianity Today points out, emotional Christians are often gullible Christians. In the past week alone, Believers have worked themselves into a frenzy over several “news” stories that turned out to be complete fabrications.

Stetzer begins with a headline claiming pastors are being arrested for refusing to officiate a same-sex marriage. After observing the story is absent from every major news site (and that the origin of the piece is dubious at best), he admonishes readers for not double-checking the facts,

“You just make us all look gullible when you don’t do simple steps like that. By the way, if you are a pastor you should already know that no one can make you officiate anything…”

Stetzer then went on to criticize a “breaking story” about a gay man who was attempting to sue Bible publishers because the verses on homosexuality were offensive. According to Stetzer, the article appeared in numerous blog posts and Christian news outlets, but omitted one crucial detail.

“This lawsuit could not be the result of the Supreme Court ruling (or President Obama’s polices) because it happened in 2008, while President Bush was still in office and seven years before the gay marriage ruling.”

“The reason you did not hear much about it then is because the courts quickly dismissed it as a ridiculous lawsuit. At five different points in the ruling, the court asserts that Fowler’s claims fail and should be dismissed and rejected. That didn’t stop Christians from sharing this story as if it were new and potentially dangerous.”

This is an uncomfortable time for Christians. Our place is society is being questioned, and many Believers think it’s only a matter of years before our religious rights become forfeit. However, that is no excuse for creating moral panics and faux outrage. The Bible calls us to live with integrity and honesty (Proverbs 28:18), and to face all new challenges with wisdom and understanding (Proverbs 16:16). If we cannot be trusted to be truthful, how can we ever hope to share the Good News of Christ?

Are you hampered by fake news stories? Remember, our God is sovereign in all things, whom shall we fear?

*Ryan Duncan is the Entertianment Editor for Crosswalk.com