Evangelical Leaders Call on Trump to Step Aside from Election

Evangelical Leaders Call on Trump to Step Aside from Election 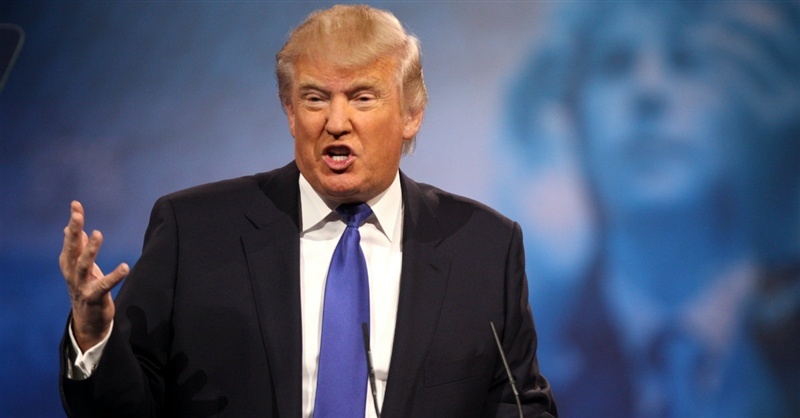 News about Donald Trump’s sexually inappropriate comments in a 2005 video have been everywhere on the internet in the past few days. Perhaps more than any other faux pas or inappropriate remark Trump has made, the sexually aggressive comments in the video in question have caused evangelicals to reconsider supporting Trump.

Throughout the 2016 election cycle, Christians have argued their cases for being pro or anti-Trump. Thoughtful and well-meaning arguments have come from both sides, and while few seemed to be able to wholeheartedly get behind Trump, many made the case that he is the lesser of two evils, would appoint conservative justices to the Supreme Court, or would protect their religious freedom.

But, with the recently released video of Trump talking about kissing women without their consent and using profane language to discuss his interaction with them, many evangelicals are feeling that Trump’s lack of morality poses a more serious threat than was perhaps previously supposed.

In a scathing editorial for Christianity Today, Christian author Andy Crouch makes it clear that, “Evangelicals, of all people, should not be silent about Donald Trump’s blatant immorality.”

Christian author and professor Denny Burk applauds Crouch’s article and Christianity Today for publishing it, despite its likeliness to generate controversy.

In his blog post “Why More Evangelicals May Need to Follow CT’s Lead,” Burk calls on Christians to stand up for biblical morality, which in this case means refusing to support Donald Trump.

Burk reminds us that, unfortunately, the media and secular culture will likely fail to distinguish between evangelicals who support Trump and those who don’t. Christians, therefore, need to be united and vocal in their condemnation of a candidate who, as Crouch’s article notes, is a perfect embodiment of the “earthly nature” the Bible talks about.

“He has given no evidence of humility or dependence on others, let alone on God his Maker and Judge,” writes Crouch. “He wantonly celebrates strongmen and takes every opportunity to humiliate and demean the vulnerable. He shows no curiosity or capacity to learn. He is, in short, the very embodiment of what the Bible calls a fool.”

Burk agrees with this assessment and calls on Christians not only to condemn Trump’s comments in the video, but to call out his behavior for what it is--immoral, inconsistent with Christian principles, and a disqualification from presidential candidacy.

Burk is not calling on evangelicals to swing to the other extreme and endorse Hillary Clinton, which would be the other side of the lesser of two evils. In fact, he does not encourage Christians to vote for any party or person. He instead focuses on the impact a Trump endorsement will have on the Church beyond this present election.

Initially, only a few prominent Christian leaders pulled their support for Trump after the release of the video, perhaps the most notable of whom was theologian Wayne Grudem who had previously written an article on why voting for Trump was a morally good choice.

Since then, as Burk notes, a few more leaders have spoken out and even called for Trump’s resignation. But Burk writes that evangelicals need to overwhelmingly condemn Trump’s comments and behavior and to call for a higher standard.

[N]ow is the time to speak up,” Burk says. “What we say now will shape the public impressions of evangelical Christianity later. And conscientious evangelicals need to be heard.”

What do you think? Did Trump’s comments in the recently released video cause you to reconsider your candidate choice in light of your faith?