How Staying in a Normal Life Can Serve God Too

How Staying in a Normal Life Can Serve God Too 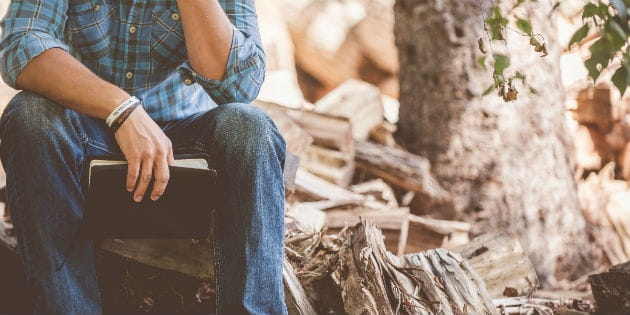 When we think about what it looks like to serve God, we often picture missionaries, pastors, and worship leaders. We think it takes going somewhere exciting or moving somewhere new to be a true servant of God, but what if God wants us to stay just where we are instead?

Our lives can feel mundane when we’re in the thick of things-- cleaning yet another sink full of dirty dishes, working through the stack of paperwork and bills, clocking in and out of our jobs, sitting in traffic-- but that doesn’t mean we can’t still serve God where we are.

We sing popular songs like “Oceans” with words like “Spirit, lead me where my trust is without borders…” and I think we assume God is about to call us out into the waves on an exciting adventure with him. We often are waiting for that new wave to come take us out to where the action is, and we forget that even in our mundane and “normal” lives, God is at work in and through us.

Cara Joyner recently wrote a post for Relevant on “What to Do When Serving God Feels Mundane” where she states “sometimes serving God means staying and waiting.”

Throughout the New Testament, we see several examples of Jesus instructing people whom he has healed or touched to go back home. He doesn’t change their lives and then send them out on some wild, exotic adventure, but instead tells them to go back home and tell of what has happened.

We see this in Luke 5:17-26. A paralyzed man is lowered through the roof of a house so he could finally be in the presence of Jesus, desperate to encounter his power. Jesus first forgives the man of his sins (healing his heart) and then heals his body too, knowing that the first is what he truly needed. When this man is healed, Jesus tells him, “Get up, take your mat and go home.” The man does so joyfully, praising God for the remarkable miracle he has just experienced, while Jesus continues on in his ministry.

This man’s life was changed by Jesus, and the place Jesus wanted him to be was right at home. The people there were afraid at what they had just seen Jesus do, and they were sending him away at the same time Jesus was telling this man to stay.

It makes sense to me that the people in this man’s home would be the ones who would have known of his struggles and suffering and who would know how completely unheard of and shocking this healing miracle was. It makes sense that this man’s best ministry would be among those very people, since Jesus was going on to continue his own ministry and couldn’t stay. In their fear, this healed man could speak truth and share of God’s healing might and therefore be more influential than if he, too, fled.

It doesn’t feel glamorous or exciting to be asked to go home and stay there, but it’s clear that the Lord doesn’t call us to that to leave us out of the work he is doing, but instead because it’s where we can best partner with him in that work.

Joyner also shares a story from Luke 8:26-39 where Jesus heals a man who has been overcome by demons. It’s a dramatic story, and it’s clear this man has been saved from total darkness and depravity when Jesus casts out the many demons who were in him. This man begs Jesus for the opportunity to go with him as he set off in his boat, but that’s not what Jesus had in mind. “Return home and tell how much God has done for you,” Jesus says in Luke 8:39.

“I don’t know about you, but I would have felt slighted by this,” Joyner says. “The boat was where the action was. The boat was the exciting place to be. It was a clear vehicle towards hope. Instead of complaining though, the man did exactly what Jesus asked. He went home and told everyone he could find ‘how much Jesus had done for him.’ Imagine the desperation in this man’s voice as he begged Jesus to let him on the boat. Imagine the compassion in Jesus’ eyes as He told the man that where He needed him the most was right where he was. Imagine the sting of disappointment he may have felt at first, and then imagine his faithful resolve to do what Jesus asked.”

Take a moment to think about how that would feel. This man Jesus has just healed you from the thing that has been haunting you and torturing you for a long time. He has changed your life by his power and might. You’re excited and overjoyed and stunned, and you just want to spend all the time you can with this man now. But instead of bringing you along on what is sure to be a journey of more exciting miracles like this one, he asks you to go back home and tell your story.

I think those of us feeling trapped in the ordinariness of our lives understand that feeling. We want the exciting adventures, the spotlights, the travel, the platforms… but God is often asking us to be faithful in our current circumstances. He asks us to tell of what he has done to the people right around us, and to live our lives praising him in every circumstance.

Whatever mundane situation or normal-seeming circumstance you find yourself in, know that the Lord is always with you. If he is calling you to stay, it is not because he is ignoring you or leaving you out of the action, but instead because he has a purpose for you in that exact place.

Even if you’re being asked to stay at home, you can still tell of the mighty, healing work of Jesus and give glory and praise to his name.