Should Christians be Celebrities?

Should Christians be Celebrities? 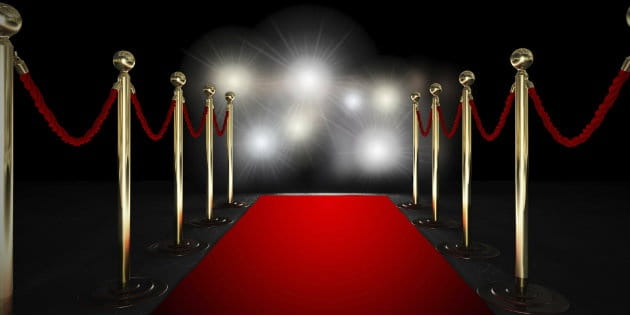 Unless you’ve spent a long time studying History or Theology, odds are you don’t know much about George Whitfield. Born in 1714, this English evangelist became famous in the early American Colonies for his loud and charismatic sermons. Whitefield would frequently preach in parks or fields, reaching out to people who didn’t normally attend Church. He became so well know that, thanks to the early methods of printing, nearly half of all colonists eventually heard about, read about, or attended sermons written by George Whitefield. In many ways, he was one of the first Christian celebrities.

Yet, Christian celebrities have not always been a blessing to the Church. Despite Whitefield’s many admirable qualities, he was proudly pro-slavery. Similarly, modern Christians who achieve stardom often struggle with their own sins, only now they become painfully public. This begs the question, should Christians ever be celebrities? Tony Reinke, in his own post about Whitefield, believe there are 15 Ways Christians can respond when one of their own becomes famouse.

“With almost 200 references to crowds in the Gospels, Whitefield was not the first Christian celebrity. Jesus was the first celebrity preacher in a line extending to Whitefield and Charles Spurgeon and Billy Graham. “If Whitefield lived in a media-driven culture, my heavens, we live an amazingly media-driven world. At some level, I don’t know how we can do without Christian celebrities. So long as our culture values communication, we can expect to have them’ (Kidd).”

“’We associate celebrity with insincerity a lot of the time’ (Kidd). But we shouldn’t assume this, and the gospel-preaching Whitefield is a case in point. If there are celebrity Christians who are later shown to be power-hungry or money-loving fools, that should not cast doubt on the genuineness of all Christian celebrities.”

3. Expect to find faults in our stars.

“Except for Jesus, all of our stars have faults. For all the things he did right, Whitefield was pro-slavery. On the other hand, Hannah More fought for abolition. But of course she had her own flaws. The point is to see there are flaws in every one of our celebrities and none of them are above accountability. So we refrain from boasting in anyone aside from Jesus himself (1 Corinthians 3:21).”

“It doesn’t always work perfectly, but there’s no reason why a Christian celebrity should exist without accountability to a plurality of elders and congregation in a local church. The New Testament pattern for the local church is sufficiently capable of caring for celebrity Christians. The key is commitment and intentionality. ‘Celebrity preachers and artists would do well to build in real accountability structures for themselves within their church — and are they actually connected to a church to begin with? Some Christian celebrities today, if you scratch under the surface, are actually not involved with church. That is a serious warning sign’ (Kidd).”

5. Appreciate how fame is stewarded for gospel advance.

“A lot of fame is pure idolatry and man-worship. But fame can be put to good use. Whitefield is a prime example of a gospel preacher who had no qualms about leveraging his notoriety to broadcast the gospel. People threw farming tools aside in their field and ran to hear him preach when rumors of his presence reached them. God gifts a few such preachers with this kind of drawing power to convene a crowd around the gospel.”

To read the rest of Reinke’s article, just click here to visit the desiringGod blog.