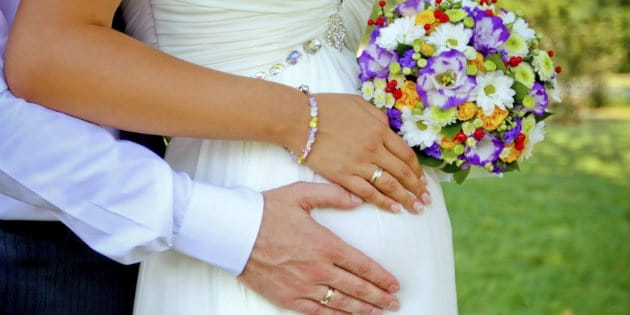 Cohabitation is on the rise in America. Over the past few years, more and more couples have chosen to start living together before pursuing marriage. Some see cohabitation as a step toward matrimony, a way of testing the relationship before any vows are made. Others simply don’t want to be tied down, preferring to enjoy the benefits of a marriage while avoiding the responsibility. Among Christians, there is great deal of uncertainty on how to even approach this topic.

Do we ask cohabiting couples to separate, or do we instead encourage them to marry before moving forward? For Pope Francis, the best option would be the latter. According to a recent article in Christianity Today, the Pope intends to marry 20 Italian couples on Sunday in his first wedding ceremony since being elected. Among those scheduled to be wed are several couples who’ve been living together and even have children. Kate Shellnutt of Christianity Today writes,

"While some Catholic leaders restrict cohabiting couples from participating in any church sacraments, including communion, Pope Francis takes a more lenient approach. Last year, he encouraged priests to speak the truth ‘in the love and in the fullness of God’ and find a way to walk with couples in this situation...”

“Protestant churches increasingly face the question of how to respond to cohabiting couples in their congregations. A 2011 LifeWay Research poll found that more than half of Protestant pastors (58 percent) would perform a marriage ceremony for a couple who had been living together, while one-third (31 percent) would not.”

Marriage is sacred to Christians. It is a union we believe deserves to be celebrated and respected. Unfortunately, we can sometimes make the mistake of thinking all relational problems end once a pair of rings have been exchanged. In reality, marriage is a new chapter of life filled with its own blessings and challenges. It’s vital that both husbands and wives remember to honor their spouse, and refrain from adopting modes of thinking that will undermine a relationship.

The Crosswalk article, 10 Thinking Errors That Can Destroy You Marriage, lists just a few examples,


God desires all marriage to be a reflection of his love for humanity: holy, enduring, joyful, and sacrificial. Let’s be sure to examine ourselves, and strive to emulate the same love in our relationships that Christ has shown to all of us.

What about you? What are your thoughts on marriage and cohabitation?