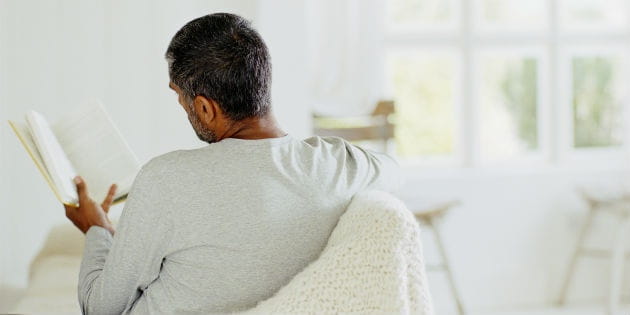 It wasn’t until I was in college that I really became aware of both the LGBT movement and Christians who were attracted to the same sex. It wasn’t something that I ever knowingly encountered as a child raised in a Christian, church-going family, but as a college student, I became friends with both men and women who identified as gay or lesbian. It was then that I started wrestling with what I believed the Bible said about same-sex attraction.

The college ministry I was involved in spent an entire semester discussing sexuality, and each week, a student would share their testimony with the several hundred students present. I heard powerful stories from both men and women who were attracted to their own sex, and it opened my eyes to how complex and challenging this sin was. I realized that although I didn’t deal with same-sex attraction, I, too, was a sinner in different ways. It was humbling to come to a place where I could graciously and lovingly interact with LGBT friends and also seek Christ in ministry alongside them.

As gay marriage has become legal in the United States over recent years, the debate among believers and non-believers about what is “right” has only gotten more heated. Whole denominations within Christianity are openly supporting and affirming same-sex marriages, while others still adamantly oppose them.

We are often quick to judge their sin and condemn, and we are just as quick to spout out Scripture (such as Genesis 2:23-25 or 1 Corinthians 6:9-11) to prove that they are “wrong” and we are “right.” Neither of these reactions, however, shows the love of the Gospel.

“We must be courageous enough to stand on the Bible and advance sacrificial gospel love without fear, and without anger,” Dave Zuleger said in his recent article, “Does Same-Sex Attraction Disqualify Someone from Ministry?”

Before you jump to a conclusion or click out of this article, I encourage you to keep an open mind to the thoughts Zuleger shares, as he does so gracefully and lovingly despite the intensity of this highly-debated topic.

Here are four observations from Zuleger that we should make when considering if same-sex attracted people should serve in church ministry:

“Therefore,” Zuleger concludes, “we must say that there is a place for those experiencing same-sex attraction in our churches.”

Zuleger goes on to share more about same-sex attracted men or women serving as elders and pastors, and you can read those thoughts here.

What we as Christians know is this: the God who created us desires what is best for us, and sin gets in the way of that. We are all sinful, and we have all fallen short of the glory of God (Romans 3:23). A Savior came to cleanse us of our sins and offer us the opportunity to live in relationship with Him, despite the temptation to give into our sinful desires. We can choose a life of sin, or we can choose a life of faith full of repentance from our sin as we grow closer to the God who loves us and yearns for a relationship with us.

“By all means, let us take sin seriously,” Zuleger says. “Let’s help one another fight against it by finding our supreme joy in Christ and by loving each other like Christ loved us. Let’s make sure we get our answers and methods from the Bible. Let’s not isolate or exclude out of a fearful and angry response to the cultural celebration of sin. Many Christians in the church who struggle with same-sex attraction don’t agree with that celebration of sin either. The Bible does not disqualify them from the ministry. Will you?”

What are 4 Common Mistakes We Make When Ministering to the LGT...

We make several mistakes when trying to relate, understand or respond to the LGTB community. Pastor Caleb Kaltenbach breaks it down.

Posted by Crosswalk.com on Wednesday, December 30, 2015