The Gospel According to Pixar

The Gospel According to Pixar 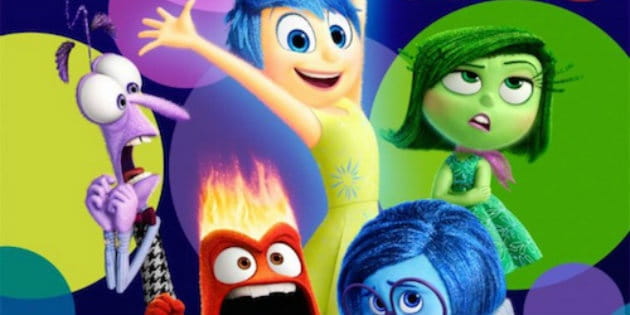 There’s a reason why Pixar is such a beloved film studio. They know how to make viewers laugh, but they also know what makes them cry. Their storytellers understand what it feels like to be angry, disgusted, or afraid. In short, Pixar knows what it means to be human. While this makes it a powerhouse in the world of animation, some Christians may wonder if such movies have anything to offer people of faith, especially since we take such pride in being "in the world but not of it."

The answer: these films offer quite a lot, actually. As Jon Negroni, author of The Pixar Theory and writer for Relevant Magazine points out, Pixar movies can tap into deep truths that ultimately point directly to Christ. For proof, he cites Pixar’s recent film Inside Out, which tells the story of a young girl through the eyes of her five emotions (Joy, Anger, Disgust, Sadness, and Fear). He writes,

“Throughout the movie, it seems that Joy would love it if Sadness decided to leave forever. Joy doesn’t understand what place Sadness has in Riley’s life. But as you’ll see in the movie, Sadness does play an important role.”

“Similarly, joy can and should be a part of every Christian’s life, but the goal for Christians isn’t to seek life’s pleasures and happiness in perpetuity. That’s Hedonism. Instead, Christians should be action-oriented, and we experience a full spectrum of emotions in order to carry out God’s purpose in our lives.”

“For example, James 5:13 says, ‘Is anyone among you suffering? Let him pray. Is anyone cheerful? Let him praise.’”

“Notice the author doesn’t say to pretend your suffering doesn’t exist. He points out that for every emotion, there’s a call to effectively deal with that emotion. Going further, there are examples of God actually using sadness to enrich our lives, like in I Peter 5:10, where Paul says, ‘And after you have suffered a little while, the God of all grace, who has called you to His eternal glory in Christ, will Himself restore, confirm, strengthen and establish you.’”

“Inside Out shows the emotional roller coaster of someone going through puberty, obviously the most tumultuous example they could think of. But whatever circumstances we’re going through—and whatever we feel during them—God uses our low points to make us that much greater in His eyes.”

Inside Out is by no means alone in this theology, either. Anyone who has seen Up or The Incredibles can tell you how they stress the importance of marriage and family, not to mention thoughts on what to do with the time and talents we are given. Films like Finding Nemo and Wall-E could help audiences understand the way Christ relentlessly pursues us. Even Ratatouille, the story about a rat who dreams of being a chef, has themes of fatherhood and our inherent need to create stirred in. Like all important truths, God is there if we only look for him.

As Negroni himself admits, Pixar movies can make unusual sermons illustrations, but that doesn’t mean they don't work. These stories have the power to make us laugh and cry, to feel afraid or angry, but most of all, they urge us to find the truth within our faith.

What about You? What have you learned from your favorite Pixar movie? Be sure to check out our review of Inside Out on our Movies channel.