Where is the America I Used to Know?

Where is the America I Used to Know? 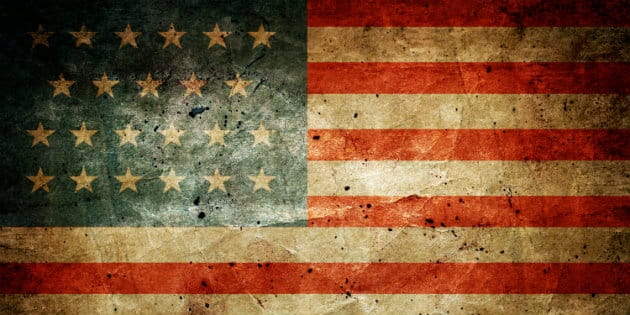 I’ve always been proud to be an American. When I was still in elementary school, our class would start each day by reciting the Pledge of Allegiance. With one hand over my heart, I would vow to uphold the ideals of “one nation, under God, indivisible, with liberty and justice for all.” Even in later years, when my moody classmates stopped saying the pledge out of pure, teenaged angst, I was one of the few who still rose up and spoke. Much like the oath itself, my faith in America was second only to my faith in God.

I won’t lie, in recent years my patriotism has taken a noticeable hit. Our country has become mired in culture wars, bitter political feuds, and an election that’s been nothing short of embarrassing. I’m not alone either. Many Christians are wondering what happened to the America which once stood for “Life, Liberty, and the pursuit of Happiness.” In these frustrating times however, believers such as Melissa Edgington are reminding us how God is greater than one nation. In an open letter from her blog she writes,

“…I still believe in you, America. Because I believe in Jesus Christ. And, I know that He can change people in miraculous ways. He can turn cold, dead hearts toward compassion. He can turn political minds into spiritual minds. He can save souls that seem way past saving, and He can bring revival even among us complacent, sleepy Christians. He can wake you up, America, because He can change people. And, that means He can change you before we find ourselves once again bound in chains of tyranny that keep us from freely honoring the God of the Universe, who built you, who invented freedom, and who tells us that true liberty comes only through belief in the saving power of Jesus Christ.”

America has, and always will be, one nation under God. We can be proud of our history and our accomplishments, but these should never exceed our faithfulness to Christ. It’s very easy for patriotism to become an idol, and when we wrap Christ’s cross in the flag of a nation (any nation), we stop looking to God for answers. One prime example of this can be found in the recent post, Is the Declaration of Independence Christian? Does it Matter?, by Crosswalk editor Rachel Dawson. While examining the spiritual nature of the document, Dawson concluded that faith in politics would ultimately fail,

“As Christians, our guiding truth should be Scripture, not any historical document like the Declaration of Independence. We should find our basis for our identity, our rights, and our freedoms in the Bible first and foremost. It is through reading God’s Word that the Holy Spirit can and will reveal to us what is true.”

“We should be unafraid to claim and declare what is true as believers, but doing so might mean we have to first shift our perspective from what we once believed (such as a literally true Declaration of Independence in regards to the rights of Americans).”

I still have faith in America, what we can be, what we can represent, but this belief is sustained chiefly by my faith in God. Christ has commanded us to open our arms to the widowed and orphaned (James 1:27), to stand for justice, mercy, and humility (Micah 6:8), and to be righteous in all things (Psalm 106:3). These are the things we as Christians want for America, and that sounds like a country I would gladly pledge allegiance to.

What about you? What are your thoughts on patriotism and the Christian faith? Be sure to leave a comment in the section below!

*Ryan Duncan is the Editor of Crosswalk.com