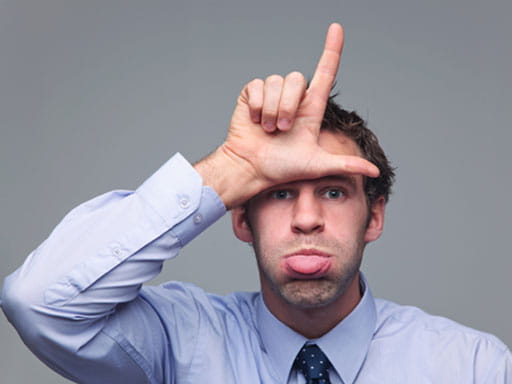 Dejected, defeated, despised. At one time in your life, you may have felt this way. Perhaps you struck out on the baseball field. Skinny blondes called you fatty. No matter how hard you studied, you just couldn’t pass algebra.

Jesus never saw anyone as a lost cause. Jesus loved losers. The rag-tag riff-raff trailing behind Jesus would not appear on anyone’s “Who’s Who” list. Peter never ran a Fortune 500 company. He was a bumbling, strong-willed, blue-collar fisherman. But Jesus saw greatness in Peter. In Matthew 16:19, Jesus gave simple Peter the most important job in the world. “I will give you the keys of the kingdom of heaven: whatever you bind on earth will be bound in heaven, and whatever you loose on earth will be loosed in heaven.” Wow. Heady stuff. A key was a badge of authority. Peter gave the keys Christ gave him to open the door to the Jews on the Day of Pentecost (Acts 2), to the Samaritans after the preaching of Philip (Acts 8:14-17) and to the Gentiles after the Lord had sent him a vision and an appeal from Cornelius (Acts 10). Two of Peter’s New Testament letters still guide the Christian Church today. The Gospel of Mark was probably a compilation of Peter’s sermons about Christ. What a legacy from a “loser!”

Demon-infested Mary Magdalene was a loser, according to Jewish society (Luke 8:1-3). Some believed her to be a prostitute, the lowest of the low. But Christ saw Mary through His beautiful eyes of unconditional love. Mary Magdalene experienced forgiveness and understood the depth of His grace. She followed Christ faithfully, supporting His ministry (Mark 15:40-41). Precious Mary wept at the gory cross with Jesus’ mother and wrapped His lifeless body for burial (Luke 23:55-56). Mary Magdalene, bereft of her Master, sobbed in a heap by His tomb. Angels comforted her and the risen Savior chose this humble woman to announce His resurrection to the world (John 20:1-18). Mary, despised and oppressed, became Jesus’ precious servant, deeply valued in His eyes.

The Samaritan woman is not even named in Scripture. Rejected by her neighbors, she led a loveless life, moving from man to man. Jesus didn’t see her shame and confusion. He offered her living water-eternal life. And she drank of His love, included and restored. This “outcast” led her whole town to Christ. “Come, see a man who told me all that I ever did!” (John 4:29). The woman at the well hid her jaded past from prying eyes. After meeting Jesus, she was unafraid to admit her past mistakes. She had been restored. And the whole town was saved because Jesus saw greatness in her (John 4:42).

Have you ever been deluded? I have. I was ensnared in a cult for two years. And the deception almost killed me. Literally. Saul of Tarsus was a deceived, murderous bigot. Saul crushed every Christian who crossed his path. But Saul was confronted by Jesus on the road to Damascus and everything changed (Acts 9:1-19). He realized he had been batting for the wrong team. The towering intellect and erudite education hindered the Jewish elitist from seeing the truth in the simple message of the Gospel. Paul thought he was a winner. But he was deceived. He was a tragic loser, in need of salvation. Jesus took this arrogant man, re-named him Paul, and used him to evangelize seekers throughout the Roman Empire. Paul penned thirteen New Testament letters to the Christian Church. Some historians believe Paul was beheaded in Rome, but others say the short, homely apostle travelled all the way to Spain, preaching the message of Christ.

Paul understood what it meant to be a loser in the world’s eyes and a winner in Jesus’ eyes. In 1 Corinthians 1: 26-30, he writes:

I joined LinkedIn the other day. As I perused people’s profiles, I observed that everyone wanted to appear wildly successful. I read a sweet lady’s profile and was stunned.  She was embarrassed to admit that she was a wife and mother-a noble profession indeed. Instead, she wrote, “…domestic engineer, child psychologist and culinary artist.” All of these skills are needed to fulfill her calling. But we are often afraid to be ourselves. “Wife” and “Mom” are great credentials.

Jesus sees us as diamonds, even when we feel like charcoal. Bathe in His forgiveness. Rest in His approval. Relax and enjoy His favor.  You’re a winner!

Dr. Julie Barrier, along with her pastor-husb

and, Dr. Roger Barrier, have taught conferences on marriage and ministry in 35 countries. The Barriers are founders and directors of Preach It, Teach It providing free resources in 10 languages to 5 million visitors in 229 countries and territories. The Barriers pastored 35 years at Casas Church in Arizona, Julie has served as a worship minister, concert artist and adjunct professor at Golden Gate Baptist Theological Seminary. She has authored or composed of over 500 published works.
NEXT POST
Conquering Church Cliques: How to Welcome Others
Read More Dr. Julie Barrier
Conquering Church Cliques: How to Welcome Others Tuesday, June 11, 2013