Runaway Mom: Loving Her Back Home

Runaway Mom: Loving Her Back Home 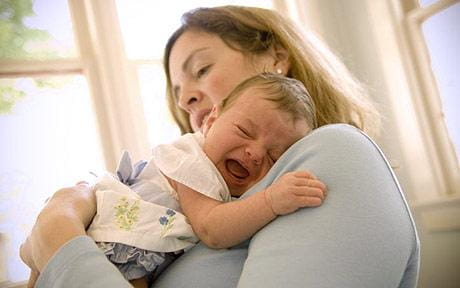 Jack woke up at dawn, sleepily padding down the hall to the kitchen to down some breakfast before work. As he lumbered toward the fridge to grab milk for his Cheerios, he found a tear-stained note taped to the door:

“Honey, I’m sorry. I just can’t do this anymore. Being a mom is too hard. If I stay, I’ll go crazy. Please don’t try to look for me. I love you all. Goodbye. Bonnie.”

This sounds like an opening scene of a Lifetime movie. Only it wasn’t Lifetime. It was real life. And it broke my heart.

Bonnie was my mommy-buddy. Every mother needs one. When your rugrats try to flush Oreo the cat down the toilet, forage through the trash for snotty Kleenex and try to climb the backyard mesquite all before 8 a.m., something’s gotta give. I was a shy, over-committed pastor’s wife. I wasn’t looking for a friend. I watched our first baby die an agonizing death five years earlier, and at long last; God had given us two healthy girls. I was overjoyed (and overwhelmed).

Bonnie came to the rescue. She befriended me with open arms. Danika, her stunning, curly-headed toddler, was the same age as my fireball, inquisitive handful, Brianna. Our youngest two, Bronwyn and Donnie, had just appeared on the scene eight months earlier. We met at church, stumbling out of the nursery after separating Danika and Brie from a playful wrestling match. Our two youngest were safely locked in their baby carriers, smelling of overripe diapers and strained carrots. We giggled over our wiggly charges, exchanged beleaguered glances and arranged a play date for our kids.

Brie and Danika couldn’t wait to whoop it up together. The local park was filled with swings, doodle bugs, sand and endless possibilities for expending energy and making muddy messes. As time went by, little Donnie and Bronie joined the party as partners in crime. They became experts at antagonizing their older siblings. Bonnie and I oversaw the ruckus, but we shared more than a common calling. We were not only mothers, we were soulmates -- the closest of friends.

My friend was one of the most brilliant, creative, amazing women I had ever met. Her kiddie birthday parties were extravaganzas replete with clowns, Italian cream cake and costumes. She taught our brood how to make masterpieces with macaroni, yarn and buttons. Bonnie was also a savvy businesswoman. She started work at our church overseeing the tape ministry (does anyone still own a cassette tape?) and managed to launch it into a nationally syndicated radio broadcast.

Two of my most cherished possessions came from Bonnie’s artistic hands. An amazing portrait artist, Bonnie etched a stunning family portrait for our 10th anniversary at church. Her second masterpiece was a beautiful study of my five-year-old Bronwyn bowing her head in prayer. I proudly display them as frozen moments of a happier time we shared together.

“Friends for life” was my dearest hope. Pastors' wives don’t always have the luxury of such a precious gift. But seven years into our friendship, something changed. Donnie contracted an extremely rare nerve disease (RSD) that ignited every nerve bundle in his body and left him with constant searing pain. He writhed night after sleepless night in agony. The doctors found a few drugs at that time that would dull the pain a little, but no specialist could offer any hope of a cure. I tried to help, mustering church friends to give Bonnie and the family some relief in their endless caretaking. Donnie went from doctor to doctor, hospital to hospital. Nothing helped. When Bonnie was down, mostly I just held her and let her cry.

A month later, we received the shocking phone call from Jack. Jack, an affable teddy-bear of a husband blurted out the bad news.

I thought Bonnie had committed suicide.

I prepared myself for the worst.

Jack sobbed. “She left us. She just packed up her bags and walked out the door. I’ve called the police, the hospitals, the morgue. It’s like she’s a ghost. No one can find her. What are we going to do?”

I was speechless. I had no answer.

Roger and I rushed over to the house. Jack, Danika, Donnie and older brother Andrew sat motionless, staring at the floor. I held Dani close to my chest as her tears soaked my shirt. Donnie, hunched over in the corner, shook and said nothing. “We’ll find her,” Roger assured them. “She probably just hit a rough patch. I’m sure she’ll call in a few days.” We waited and prayed and prayed and waited.

But the call never came. Two years later, I learned Bonnie had changed her name. After plastic surgery and a makeover, she appeared in an article in Women’s Weekly as a successful businesswoman in Boston. Bonnie started a new life. Jack once again tried to reach out in desperation but there was no response. Devastated, the family limped along without her.

Bonnie was a runaway mom. Unthinkable. Can God forgive her? Can her family forgive her? The family would forever live with the pain, but God has a forgiveness and healing that is far beyond our understanding

My prayers were angry prayers. “God, bring her to her senses! Make her pay for what she did to those children.” The Holy Spirit stopped me mid-prayer and spoke very clearly. “Julie, get up off your knees and read Hosea.” I pulled out my study Bible from my nightstand, shuffled the paper-thin pages until I found the minor prophet.

The rough-hewn farmer turned prophet received an enigmatic message from God. Hosea 1:2: “When the LORD began to speak through Hosea, the LORD said to him, "Go, take to yourself an adulterous wife and children of unfaithfulness, because the land is guilty of the vilest adultery in departing from the LORD."

Are you kidding me? The role of prophet’s wife is a demanding one. Hosea was going to need a lot of support to preach against the wickedness of Northern Israel. And now, he’s supposed to marry a hooker? And how did Hosea meet her?

Hosea, in the midst of a fiery message to the crowd, peered across the hillside and glimpsed the sparkling eyes and chestnut hair of the most beautiful woman he’d ever seen. He finished the closing prayer and raced through the crowd, touching her shoulder. “May I ask your name?” he whispered softly. “Gomer,” she replied. Gomer is Hebrew for “perfection.” Hosea was instantly smitten. She was THE ONE. But just as God predicted, Gomer came with some serious baggage.

Later that evening they were strolling in the moonlight and Gomer described her checkered past. Was she a cultic prostitute at the Bethel Baal Temple? We don’t know for sure, but it was bad.

“Why did you do it?” Hosea asked, shocked and disappointed. Perhaps she said, “I was raped by my uncle when I was 13 -- thrown out of our home and called unclean. They disowned me. I had nowhere else to go. It was either the street or Baal’s temple.” And she wept. And Hosea proposed.

In Hosea 1:3 Hosea married his gorgeous sweetheart Gomer. Then she had their first son. God said “call him Jezreel, because I will soon punish Israel.” I hate it when kids become sermon illustrations! But this one was God’s idea. So Hosea and Gomer dubbed their oldest boy “God’s avenger.” Sounds like a super-hero, don’t you think? Give that boy a cape and a helmet!

But in the space of three verses, Hosea begins to doubt his wife’s faithfulness. Perhaps she stayed in the marketplace too long. Perhaps she was taking too many evening “power walks.”

Verse six tells us Gomer bore a daughter. God told Hosea to name her, “Lo-Ruhamah, for I will no longer show love to the house of Israel.” The word for daughter in these verses is “girl child” implying she might not be Hosea’s child. Lo-Ruhamah means not pitied, not loved. What a terrible name for a little girl! “Oh, Unloved, come eat your roasted goat…”

But things went from bad to worse. Two verses later Gomer had another son named “Lo-Ammi, because God said “you are not my people and I am not your God.” The “boy child” (not son) means “not my flesh, not my son.” The baby of the family looked nothing like Hosea, and Hosea’s heart was broken.

The preacher’s house was full of kids, but two are not his own flesh and blood. Tragedy came to the parsonage.

Then Hosea received the same “Runaway Mom” letter my friend Jack did. Gomer left her “Dear John” letter by the door: “Don’t bother to look for me. I am not coming home. I have gone away with a man who makes me feel happy and fulfilled. I am sick of dirty diapers. I’m tired of you. I’m tired of the kids. I’m through.”

Hosea prepared for the toughest job of all: single fatherhood. Those were bitter months while Gomer was away. About a year later, Dad was changing Lo-Ammi’s diaper when the word from God came in Hosea 3. “Hosea, true love keeps on loving even when you’re changing diapers on someone else’s baby. If you love Gomer, go and get her.”

The poor preacher went to the First National Bank of Samaria, withdrew his life’s savings -- 15 pieces of silver and one and one-half homers of barley. Then he made the rounds of the slave markets, looking for his runaway wife.

Hosea’s friends were disgusted. “She dragged you through the gutter. Why are you doing this? She’ll just run away again.” But he continued his search.

He located her at the slave market in Bethel. When he glimpsed her haggard appearance, he hardly recognized the love of his life. She was broken, her shoulders bent over. Her hair was filthy and matted. Shame contorted her face. Even though she knew Hosea was in the crowd, she was too afraid to look up.

“What am I bid for Gomer, the daughter of Diblaim?” the auctioneer cried.

Hosea was faced with one of life’s greatest choices: the fear of rejected love. Will she have him? She left me once … will she do it again?

The auctioneer shouted once again: “What am I bid for Gomer, the daughter of Diblaim?”

Hosea mustered all the courage he had. He pushed through the crowd and hollered,

“I bid 15 pieces of silver and one and one half homers of barley.” The auctioneer was stunned. The crowd was hushed. How could a poor preacher possibly offer a king’s ransom for this bedraggled creature? Her beauty and worth were gone.

But Hosea loved the runaway mom, his runaway, unfaithful wife. He didn’t care. She was worth it all. He took his wife to his breast, caressed her straggly hair and welcomed her home. Hosea’s love story applies today. God never, ever stops loving us.

Motherhood is wicked hard. All moms want to run away on a bad day. But just like God, those around her need to hold her close, give her encouragement, support and never, ever give up loving her.