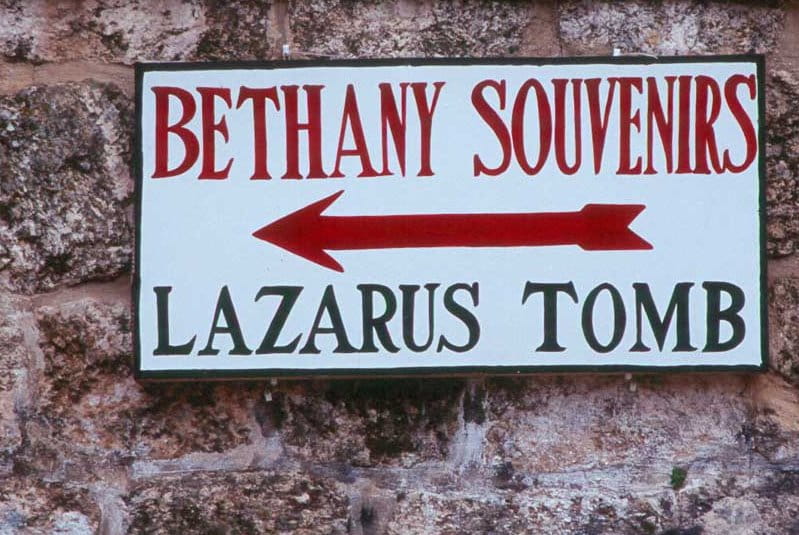 Lazarus was already dead when Jesus arrived in Bethany.
He had in fact been dead for four days.
He had been dead long enough for his body to begin decaying.

But now Jesus is here. What will he do? Lazarus has been dead so long that any thought of an immediate resurrection is out of the question. But that doesn’t seem to be on Martha’s mind. She thought that Jesus could heal Lazarus, and she also believed he would be raised on the last day. It apparently never occurred to her that Jesus could raise Lazarus right then and there.

Jesus wept.
He ordered the stone removed from the entrance of the tomb.
He declared that this would be for the glory of God.
He called in a loud voice, “Lazarus, come forth!”

Someone has commented that if Jesus had not said the name Lazarus, every dead person in the world would have been raised. Certainly the raising of this one man proves that Jesus can raise every person.

If you know him, you need not fear death. To borrow a phrase from John Stott, death has become a “trivial episode” for the believer. It doesn’t seem trivial to us at the moment, but it is because Jesus has taken the sting from death, and one day we will live in a land where death no longer reigns.

Lord Jesus, what would we do without you? Where could we go but to the Lord? You alone have the words of eternal life. Thank you for hope that goes beyond the grave. Amen.