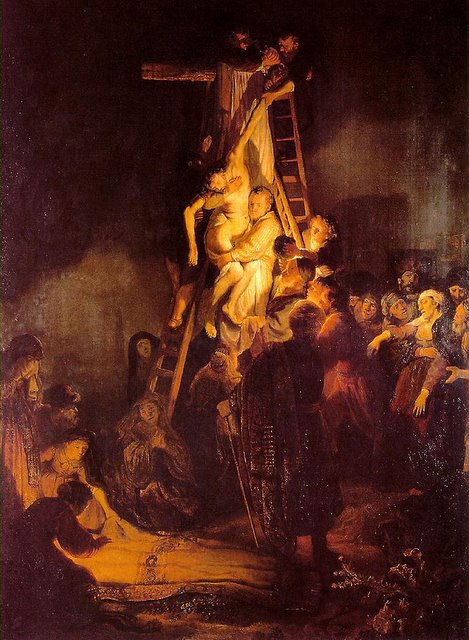 “Jesus called out with a loud voice, ‘Father, into your hands I commit my spirit.’ When he had said this, he breathed his last” (Luke 23:46).

Luke is the only writer to record the final words of the Son of God. Every word tells us something important:

Father—This was Jesus’ favorite title for God. It spoke of the intimate family relationship that had existed from all eternity. His first word from the cross had been, ”Father, forgive them.” His last word was, “Father, into your hands I commit my spirit.”  But in between he had cried out, “My God, my God, why have you forsaken me?” He called him, “My God” and not “Father” because in that agonizing moment, the Father turned his back on the Son as Jesus bore the sin of the world. God forsaken by God! But no longer. Jesus dies with the knowledge that the price has been fully paid, the cup emptied, the burden borne, estrangement ended, the battle won, the struggle over. Whatever happened in those three mysterious hours of darkness is now in the past. Jesus yields his life to the One he called “Father.”

Into your hands—Oh, the touch of a father’s hands. What son does not long for his father to reach out and embrace him? There is something wonderful about this expression. It speaks of safety—"I am safe in my father’s hands”—and of greeting—"Welcome home, Son”—and of love—"Dad, it’s so good to see you again”—and of approval—"I’m so proud of you, Son.”

I commit—The word means to deposit something valuable in a safe place. It’s what you do when you take your will and your most valuable possessions and put them in a safe-deposit box at the bank.

My spirit—By this phrase, Jesus meant his very life, his personal existence. Now that his physical life was over, Jesus commits himself into his Father’s hands for safe keeping. “Father, I can no longer care for myself. I place myself in your good hands for safe-keeping.”

Matthew 27:50 tells us that at the moment of his death, Jesus “dismissed his spirit.” That is, he voluntarily yielded it up to the Father. His life was not taken from him against his will; when the time came, he gave up his life voluntarily.

The death of Christ is not the final act of a tragedy but the victorious ending of a mighty battle.

On this Good Friday, an apt name for a day that began in the darkness of the night and ended with the Son of God giving up his life for sinners, let us give thanks for Jesus’ death. Not just that he died but for his death itself. And may these words translated by James Alexander in 1830 from an old Latin poem attributed to Bernard of Clairvaux serve as a fitting benediction.

What language shall I borrow to thank Thee, dearest friend,
For this Thy dying sorrow, Thy pity without end?
O make me Thine forever, and should I fainting be,
Lord, let me never, never outlive my love to Thee.