Herod: A Bully Scared of a Baby

Herod: A Bully Scared of a Baby 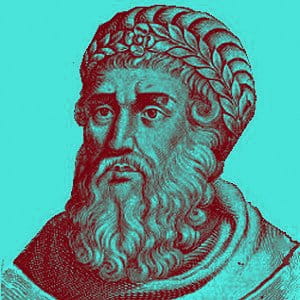 “Herod summoned the wise men secretly and ascertained from them what time the star had appeared” (Matthew 2:7).

If you’re looking for a bad guy in the Christmas story, here he is.

There’s nothing good to say about Herod.

He lied to the Magi.
He killed the baby boys of Bethlehem.
He tried to kill Jesus.

By the time this story takes place, Herod is a sick old man, clinging desperately to his power. History tells us he was a great builder. He reconstructed the temple in Jerusalem, transforming it into a grand edifice. He built up the port city of Caesarea, and he constructed a vast palace for himself.

Along the way he gained a reputation as a man you didn’t cross because Herod the Great was a killer. That was his nature. He killed out of spite, and he killed to stay in power. Human life meant nothing to him. The great historian Josephus called him “barbaric,” another writer dubbed him “the malevolent maniac,” yet another named him “the great pervert.”

Perhaps his basic character can best be seen by one incident in the year 7 B.C. Herod is an old man now. He has been in power 41 years. He knows he doesn’t have much longer to live. Word comes that his sons are plotting to overthrow him. They are sons by his late wife Mariamne. He orders them put to death by strangling.

No wonder Caesar Augustus said, “It is safer to be Herod’s sow than his son.”

This is the man who told the Magi, “Go and search diligently for the child, and when you have found him, bring me word, that I too may come and worship him” (Matthew 2:8). Why didn’t Herod go himself? Because he didn’t want to come face to face with the King sent from heaven. That would be too much. He would be forced to decide. At all costs, he wanted to avoid that. So he didn’t go, and he didn’t send his soldiers. He sent the Wise Men instead.

You know the rest of the story. The star miraculously reappeared and led them to the exact house. When they found baby Jesus, they bowed down and worshiped him, offering him gold, frankincense and myrrh.

As I read Matthew 2, one fact strikes me above all others. Everybody involved had the same basic information. They all knew a baby had been born in Bethlehem, and they all knew who the baby was. Herod knew and tried to kill him; the scribes knew and ignored him; the Wise Men knew and worshiped him.

If you believe Jesus is the Savior of the world, then do what the Wise Men did. Come with an open heart, bow down before the Lord Jesus and worship him. As the hymn says, “Come and worship. Come and worship. Worship Christ the newborn King.”

Father, give us eyes to see Jesus as he is–a king sleeping in a stable. Give us ears to hear the angels singing. Give us feet like the shepherds to go swiftly to Bethlehem. Give us hands like the Wise Men to offer our best to him. Amen.

Musical bonus:  Here’s a vibrant performance of  Angels from the Realms of Glory.