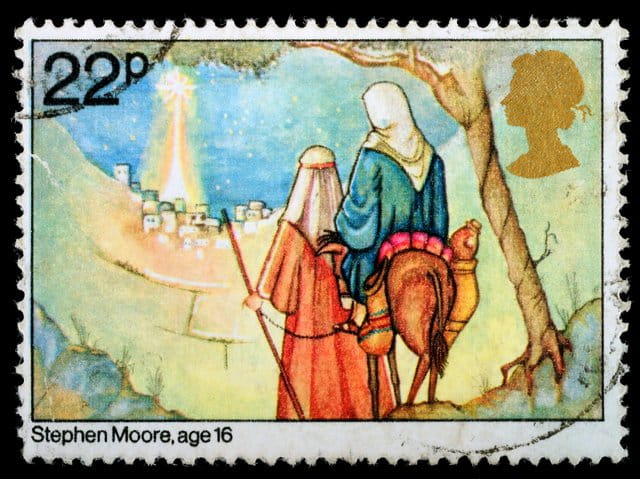 “Her husband Joseph, being a just man and unwilling to put her to shame, resolved to divorce her quietly” (Matthew 1:19).

Let me briefly list for you the things we know about Joseph:

–His father was Jacob.

–His family hometown was Bethlehem in Judea, but he lived in Nazareth in Galilee. That meant that Joseph and Mary had to travel about 95 miles in the dead of winter in order to register for the census.

–He is from the royal line of David. The genealogy in Matthew 1 makes that clear.

–He was a carpenter by trade.

–He was a poor man. We know that because when he and Mary presented Jesus in the Temple, they brought a turtledove to sacrifice. Jews only did that when they could not afford a lamb.

–He was a devout man.

Nowhere does his faith shine brighter than when he thinks Mary has been unfaithful to him. He loved her so much that he was unwilling to expose her to public humiliation. He decided to divorce her quietly.

Having made his decision . . . he didn’t do it. As one writer put it, there was a “short but tragic struggle between his legal conscience and his love.” Then one night, it happened. He had a dream and in the dream God spoke to him.

"An angel of the Lord appeared to him in a dream and said, 'Joseph, son of David, do not be afraid to take Mary home as your wife, because what is conceived in her is from the Holy Spirit'" (Matthew 1:20).

Joseph needed assurance. He couldn’t marry Mary until he was sure it was all right. He had to know the truth. God met him at the point of his need at exactly the right moment. He told Joseph the one thing he most wanted to hear: “Joseph, son of David, do not be afraid to take Mary as your wife.”

And later, when the angel gave him the good news that the child was conceived through the Holy Spirit, he gladly took her as his wife. He took Jesus as his own son and gave him the name Jesus.

In these days of confusion, Joseph offers us a wonderful model of what a godly man looks like:

There is one other line of proof about the kind of man Joseph was. When Jesus grew up and began his ministry, he chose one word above all others to describe what God is like. He called him Father.

Where did he learn about fathers? From Joseph, a good and just man.

Heavenly Father, thank you for choosing Joseph. Grant me that same courage to trust you even when my circumstances make no sense to me. Amen.