On the Victory Side

On the Victory Side 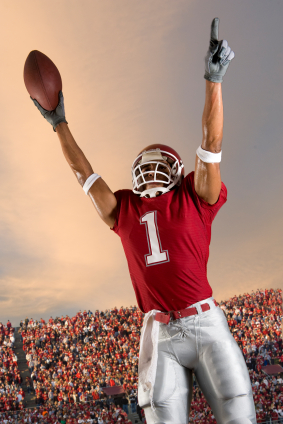 Jesus was in the news again this week.

Last Sunday Fox News commentator Brit Hume was asked his opinion about golf star Tiger Woods, whose marriage is on the ropes because of multiple reports of adulterous affairs. Tabloids and TV shows and newspapers and blogs have covered the story in breathless detail, naming one after another of Tiger's reported mistresses. The story has been so well covered that almost everyone knows about it. So when Brit Hume was asked about it on the Fox News Sunday show, he said that he thought Tiger could save his golfing career but salvaging his personal life was another matter. Then his comments went in an unexpected direction:

The Tiger Woods that emerges once the news value dies out of this scandal - the extent to which he can recover - seems to me to depend on his faith. He's said to be a Buddhist; I don't think that faith offers the kind of forgiveness and redemption that is offered by the Christian faith. So my message to Tiger would be, "Tiger, turn to the Christian faith and you can make a total recovery and be a great example to the world."

Not surprisingly, his comments have resulted in a tidal wave of criticism. He has been called a "bigot" and "narrow-minded." One writer called his statement "creepy" and "a stupid way to think." Even to some Christians, it seems faintly embarrassing to see a public figure be so bold.

During a follow-up interview Bill O'Reilly asked him why there were so many negative comments about Christianity. He replied this way:

"You speak the name of Jesus Christ . . . and all hell breaks loose."

It's always been that way. Jesus himself reminded us that "I did not come to bring peace, but a sword" (Matthew 10:34). Remember that a sword cuts both ways. When we preach the Good News of Jesus, not everyone will happy with us. Some will sneer, others will ignore us, and some will believe our message. And we never know in advance what reaction we're going to get. You can't look at an audience and say, "That man will believe but his buddy next to him won't." It doesn't work that way.

What happened to Brit Hume happens to anyone who speaks up for Jesus.

How do we stay encouraged when we know that some people will not only reject our message but us as well? How do we stay focused on our task instead of worrying about what others may think about us? 2 Corinthians 2:12-17 offers us a clear answer to discouragement by reminding us that when we are joined with Jesus Christ, we are on the winning side.

We may lose a few battles, but the victory belongs to the Lord.
If we are on his side, doing his work, we cannot lose.

Here's the background of the text. Paul mentions in verses 11-12 that he went to Troas (on the western coast of modern-day Turkey) to preach the gospel but left quickly to go across the Aegean Sea to Macedonia because he was looking for Titus who had news from the church at Corinth. Evidently he was fearful about what was happening in the Corinthian church. So greatly was he troubled that he left an open door in Troas to go find Titus in Macedonia. That probably seemed odd to his friends because as an evangelist, he preached the gospel wherever he went. As a seaport town, Troas would be a crucial place to establish a church. But Paul left there anyway. I think he was so troubled in his spirit that he couldn't concentrate on his work.

We've all been there, some of us are there right now, and we'll probably be there again before too long. What are the marks of a faith that keeps going when it would be easier to throw in the towel? I find three answers in our text. (When Ray Stedman preached on this text, he used a very simple outline that I have adapted for this message.)