Praying for Your Prodigal

Praying for Your Prodigal 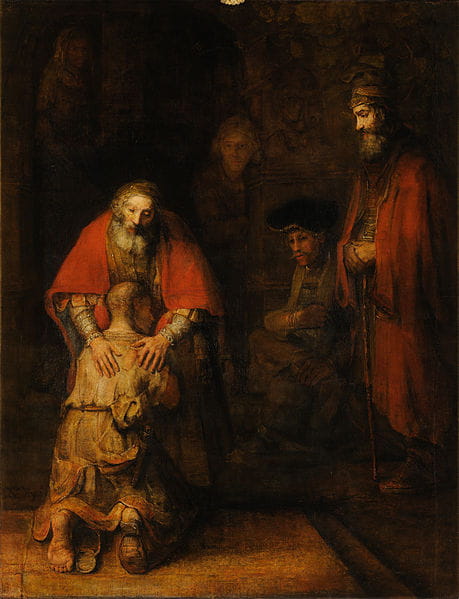 "Return of the Prodigal Son" by Rembrandt

I received an email with a heartrending question:

I have a daughter that I don’t believe is saved. I pray for her but often times I can’t. I suppose that I’m angry she isn’t responding and feel incapable of helping her. What can I pray for on a daily basis so that she will come to Christ? At times I feel such sorrow, thinking she might go to hell.

This parent speaks for mothers and fathers everywhere who pray for their prodigal children, often for years, with seemingly no results. I do not doubt that praying parents must at some point feel like giving up, and it must be hard not to get angry when you see your children repeatedly making bad choices or showing no interest in the gospel. What do you do then? How do you keep believing for your own prodigal son or daughter?

How do you keep believing?

When I use the word “prodigal,” I’m referring to anyone who has drifted away or run away or totally rejected their Christian heritage. It could refer to a college student who simply stops going to church or to a man who thinks he doesn’t need “religion” or to someone who becomes an atheist. It could refer to a son raised in the church who calmly tells his mother, “I’m no longer a Christian.” A prodigal could be a husband who one day walks out on his marriage and simply disappears. A prodigal could be someone who gets so busy in their career that they have no time for God.  In all those cases, the prodigal was raised in a Christian home or had a Christian background and for some reason no longer lives for the Lord.

In thinking about cases like this, we often wonder if the prodigal is saved or lost. The answer is, only God knows because only he can read the heart. We don’t need to answer the “Are they saved?” question because for the moment we don’t know the answer. It’s usually not profitable to spend time wondering, “Were they ever truly converted?” Those questions, while important, go to matters of the heart known only to the Lord.

Because we see only the outside, it may be easy to conclude that the person we thought we knew so well was never saved in the first place. But our knowledge is limited. While the prodigal may appear to have totally rejected his background, and he may give all the appearances of being lost, only God knows for certain.

The Problem We Face

In thinking about hard questions, it’s crucial that we start in the right place. Nowhere is this more important than when we pray for our loved ones who are away from the Lord. Because we have so much invested in them, we may be tempted to give up because the pain of praying when nothing seems to be happening finally becomes overwhelming. After I wrote about this topic on my weblog, I received the following email from a distraught father:

What about prodigals who have been saved and walk away from everything they know to be true? Our daughter has been drifting and living a sinful lifestyle for the past two years. She has recently chosen to totally walk in the ways of the world. She is involved in an abusive relationship and has turned her back on her parents/brothers. This is a young lady who is musically gifted, loves people, and has served the Lord since she was 3 years old.

We are a Christian family and have always been close knit. She and I have always had a strong relationship emotionally and spiritually until she got involved with the abusive boyfriend. She has given up everything she loves and has lost her identity. She continues to cut off all communication with us. It is breaking our hearts and we try our hardest to trust the Lord and believe He alone can rescue her from herself. I guess I am just looking for some words of wisdom and encouragement on how we can be the “hope givers” in her life.

Stories like this could be multiplied. And not just about our children. A prodigal may be a pastor who ran off with a woman in his church and now has rejected his family and his faith. It might refer to a brother who used to be an Awana leader who now refuses to go to church at all. It could refer to a Bible college graduate who now lives an openly homosexual lifestyle. You may have learned about Jesus from someone who now rejects the very faith they once taught you. Very often prodigals start out as people who, having been deeply hurt by the circumstances of life, feel abandoned or cheated or mistreated by God.

These things do in fact happen, and they happen more often than we like to admit. If we could go behind the scenes of the “best” Christian families we know, most of them would have stories of a prodigal son or daughter or of a prodigal husband or wife. As far as I can tell, there is no way to guarantee that it won’t happen to someone close to you. For that matter, I know of no way to be certain that you yourself may not become a prodigal someday. That’s why we have warnings in the New Testament to pay attention to how we live and to take nothing for granted (1 Corinthians 9:27 is a good example).

In stating the matter this way, I don’t believe I am a pessimist. I am simply drawing conclusions based on a sober reading of the New Testament and a lifetime of dealing with hurting, confused people.

The story we call the “parable of the prodigal son” (Luke 15:11-32) is universally regarded as one of the greatest short stories ever told because it speaks truth about the human condition.

Prodigals happen.
This is the problem we face.

My sermon is not about how to bring them back.
They won’t come back until they are ready.
We can’t argue them back or shame them back.
If we force them back too early, they will still be in the “far country” on the inside.

So my sermon comes down to this. How should we pray for our prodigals? To answer that, we first need to get our theology right.