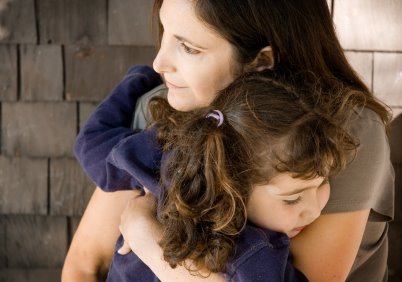 Proverbs 15:1 tells us that “a gentle answer turns away wrath, but a harsh word stirs up anger.”  I have a friend who learned this verse the hard way. Whenever she said something in a harsh tone, her mother made her write this verse 50 times on a sheet of paper. It must have worked because many years later she has no trouble recalling the words. But putting them into practice is a challenge for all of us. Many an argument has started because someone spoke the truth in an angry tone. With that in mind, here is a simple three-word definition of gentleness: Power under control.

A survey of the New Testament shows how important this virtue is. Galatians 5:22-23 lists gentleness as one of the fruits of the Spirit. Colossians 3:12 includes it as part of the “clothing” of the Christian. James 1:19-21 tells us that meekness is the opposite of anger and moral filth. It is the basic attitude we are to have toward all people (Philippians 4:5), especially those who oppose us (2 Timothy 2:24-26). By a gentle and quiet spirit a Christian wife may win her unbelieving husband (1 Peter 3:1-6). That leads me to suggest an expanded definition of gentleness. Gentleness is self-control displayed in a calm spirit based on an unshakable confidence in God. It is self-control based on God’s control. It is truly a supernatural virtue produced by the Holy Spirit.

Consider Jesus. He was the most powerful man who ever lived . . . and yet his power was always under his Father’s control. He got angry when he chased the money-changers out of the temple . . . but he never lost his temper. He rebuked the Pharisees . . . but ate with prostitutes and tax collectors. He welcomed children, spoke to large crowds, but felt the touch of a woman whose fingers brushed the hem of his garment.

This Jesus was no effeminate sissy. He could raise the dead, cast out demons, and calm a stormy sea. Yet the Bible says that as a lamb before its shearers is dumb, so he opened not his mouth (Isaiah 53:7).  He didn’t debate Pilate, he didn’t curse Herod, and he didn’t fight the soldiers. That’s true meekness.  Ultimate power under God’s control. He was the Son of God who made others feel welcome around him.  When people came to him, they felt rested, not harassed or pressured. No wonder the common people loved him.

The gentle man does not fight for his own rights, does not insist upon personal vindication, does not always have to correct others, does not repay in kind, does not return insult for insult, and does not use force and intimidation to get his way. No one can consistently live this way apart from the grace of God. The good news is, God has plenty of grace, even for the worst moments of life. All you have to do is ask him for it.

Lord Jesus, teach me the strength of gentleness and the wisdom of kindness. Amen.