Think God Can't Use You?

Think God Can't Use You? 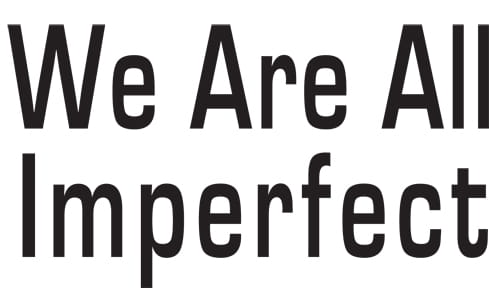 I’ve seen the following reading floating around the Internet in various forms. My friend David Langerfeld sent it out via his Daily Encourager. Here’s my version of what David sent out:

Think again.
Look at some of the people God used in the Bible:

Moses stuttered.
David’s armor didn’t fit.
John Mark was rejected by Paul.
Timothy had ulcers.
Hosea’s wife was a prostitute.
Amos’ only training was in the school of fig-tree pruning.
Jacob was a liar.
David had an affair.
Solomon was too rich.
Abraham was too old.
David was too young.
Peter was afraid of death.
Lazarus was dead.
John was self-righteous.
Naomi was a widow.
Paul was a murderer.
So was Moses.
Jonah ran from God.
Sarah laughed at God.
Miriam was a gossip.
Gideon and Thomas both doubted.
Jeremiah was depressed and suicidal.
Elijah was burned out.
John the Baptist was a loudmouth.
Martha was a worry-wart.
Mary was lazy.
Samson slept with a prostitute.
Noah got drunk.
Did I mention that Moses had a short fuse?
So did Peter, Paul - well, lots of folks did.

During a radio interview I was asked why so many Bible characters had serious flaws. My answer was simple. That’s all God has to work with. All the perfect people are in heaven. The only ones on earth are the folks with serious weaknesses. The talent pool has always been pretty thin when it comes to moral perfection. God works with sinners because that’s all he has to work with. In heaven we will all be vastly improved–perfected by God’s grace. But until then, he uses some pretty ornery people who fall short in many ways, and he does some amazing things through them.

You think God can’t use you?
Think again.