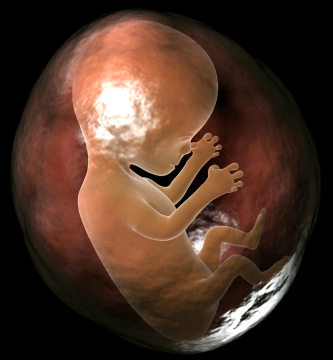 In one of his final acts before leaving office, President Bush designated January 18 as National Sanctity of Human Life Day. In so doing, the president noted that “the most basic duty of the government is to protect the innocent.” And who among us is more innocent and more worthy of protection than the unborn?

On January 9 we lost an ardent spokesman for the pro-life cause when Richard John Neuhaus died. During the 60s he marched with Dr. Martin Luther King, Jr. After the infamous Roe v. Wade decision in 1973 that legalized abortion, he gave himself tirelessly to see the unborn protected. No one spoke out more often or more effectively. Last July he delivered a powerful speech at the National Right to Life Convention. I reproduce several paragraphs here because they explain why we will not give in to the “culture of death."

Against the encroaching shadows of the culture of death, against forces commanding immense power and wealth, against the perverse doctrine that a woman’s dignity depends upon her right to destroy her child, against what St. Paul calls the principalities and powers of the present time, this convention renews our resolve that we shall not weary, we shall not rest, until the culture of life is reflected in the rule of law and lived in the law of love.