Who Gave You This Authority?

Who Gave You This Authority? 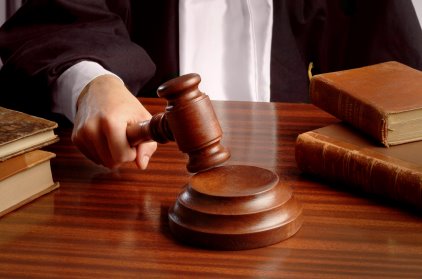 Who are you?
Where did you come from?
Who gave you the right to teach here?
What school did you attend?
Where is your diploma?
Why didn't you ask us for permission?
Who do you think you are, anyway?

The religious gatekeepers felt profoundly threatened by Jesus because he didn't fit into any of their categories. First, he came from Nazareth and not from Jerusalem. Second, he came from a poor family. Third, he didn't have the right rabbinic credentials. Fourth, he didn't show much regard for man-made rules. Fifth, he didn't quote an endless stream of rabbis when he gave his sermons. Sixth, he stirred up the countryside with his miracles. Seventh, he just seemed like a troublemaker. The throngs that greeted his entrance into Jerusalem proved that he was a public menace and a disturber of the peace.

And of course you've got to get rid or troublemakers or they will make trouble for you. That line of paranoid thinking led eventually to the plot to kill Jesus.

It's fascinating that the Jewish leaders don't attack his teaching or his character because there was nothing to attack. So they go after his authority. That same attack has been made many times since then.

The same charge has often been made against the servants of God, when they have striven to check the progress of ecclesiastical corruption. It is the old engine by which the children of this world have often labored to stop the progress of revivals and reformations. . . Too many care nothing for the manifest blessing of God on man's work, so long as he is not sent forth by their own sect or party. (J. C. Ryle)

It has always been this way, that the powers that be are threatened by those who work outside the established lines of authority. So we should not be surprised when it happens in our day.

Note that our Lord answered this attacking question with a question of his own about John's baptism (Matthew 21:24-25). He thus put the religious leaders on the horns of a dilemma. They couldn't reject John without angering the people who loved him. But if they accept John, why not accept the One he came to announce? Jesus' wise response reveals that the religious leaders were cowards. They feared the crowds and they feared Jesus' popularity with the people.

Where did his authority come from? Since Jesus was sent by the Father, his authority came from God. That's why he didn't have to appeal to human tradition or to the opinions of fallible men. He spoke the truth because he is the truth (John 14:6). All authority in heaven and on earth is vested in him (Matthew 28:18).

To this day religious types still have problems with Jesus because he doesn't fit their categories. But never mind them. As Jesus himself said, "Heaven and earth will pass away, but my words will never pass away" (Matthew 24:35).

Jesus is the Final Authority.

Sovereign Lord, you are the still point in our turning world and the solid rock beneath our feet. We trust in you, and we will not be moved. When the kingdoms of this earth have crumbled to dust, your words will still be true. Amen.