Why Did You Strike Me?

Why Did You Strike Me? 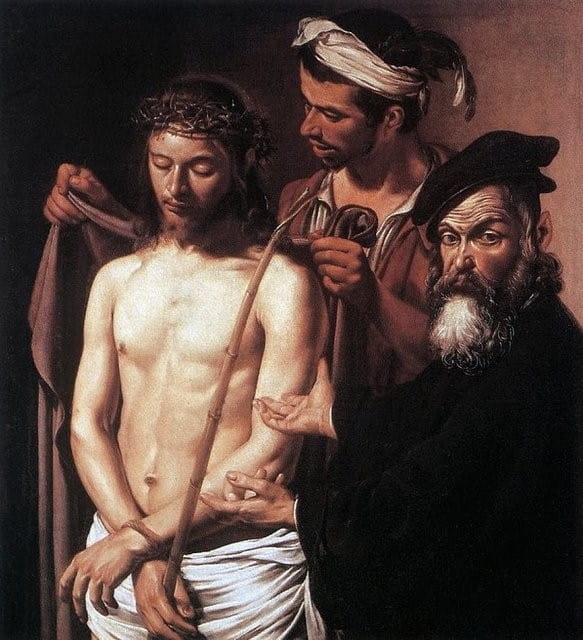 His trial before Annas was really just a kangaroo court, a pretense of a hearing so they could find Jesus guilty of something. They were definitely not looking for the truth.

So why did the man hit him?

Because he told the truth.
Because he would not be intimidated.
Because the religious leaders feared him.

Many years ago I heard a man say that when you find yourself extremely angry, you should ask, “What am I afraid of?” Behind our anger stands fear, usually the fear that we are losing control. So our fear drives us to anger and our anger drives us to foolish words and physical violence.

Behold the enmity of sinners for the Son of God. In their anger they attack the One who came to save them. In their rage they mock the Savior of the world.

But Jesus will not be deterred. There are many hours left before he will be crucified. His scourging is still ahead of him. There will be more pain, more blood, and finally an agonizing death. All this he willingly endures. J. C. Ryle puts it in perspective:

To suffer for those whom we love, and who are in some sense worthy of our affections, is suffering that we can understand. To submit to ill-treatment quietly, when we have no power to resist, is submission that is both graceful and wise. But to suffer voluntarily, when we a have the power to prevent it, and to suffer for a world of unbelieving and ungodly sinners, unasked and unthanked-this is a line of conduct which passes man’s understanding. Never let us forget that this is the peculiar beauty of Christ’s sufferings, when we read the wondrous story of His cross and passion.

The worst suffering was still ahead of him, but having set out to do his Father’s will, he endures the worst that men can do to him. That one slap symbolizes how far he was willing to go to save sinners like you and me.

How beautiful are your wounds, Lord Jesus. How amazing your grace to those who attacked you. You were truly a man of sorrows and acquainted with grief. By your stripes my soul is healed and through your death my sins are forgiven. Your suffering has set me free. Amen.

Read that quote from J. C. Ryle again and think about those categories he mentions. Why would Jesus voluntarily submit to such abuse when he had the power to stop it? What does his suffering reveal about the depth of our sin and the vastness of God's love? How far was Jesus willing to go to save us?