Churchfails: A Lighthearted Look at Scoundrels in the Lord’s Family

Churchfails: A Lighthearted Look at Scoundrels in the Lord’s Family 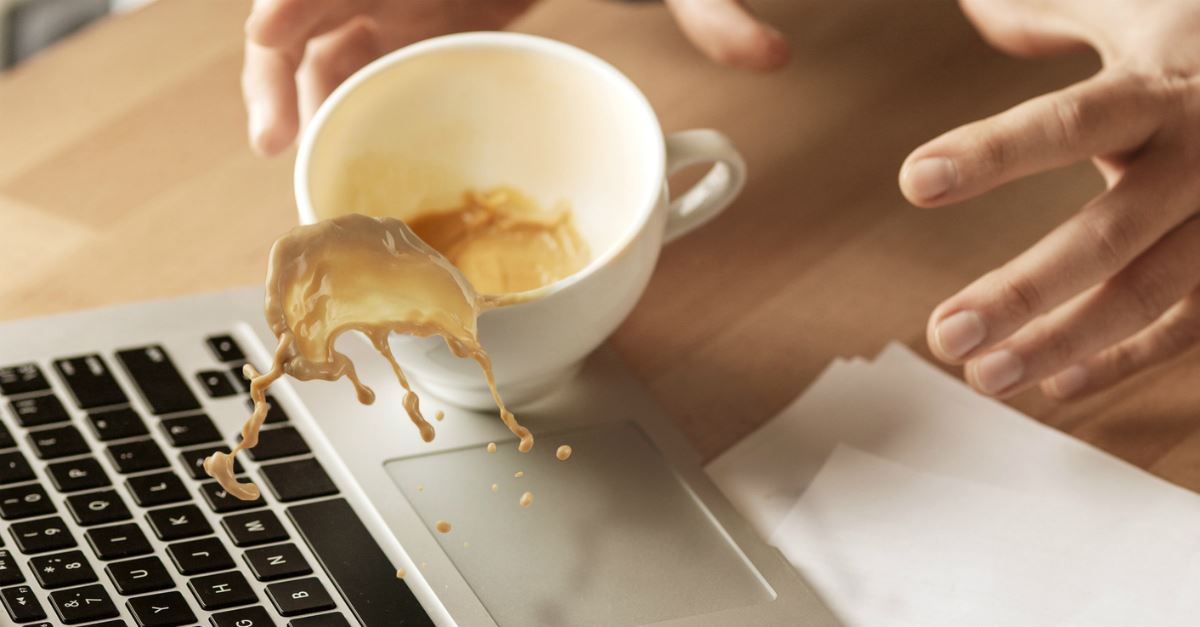 Depending on your Bible version, the complete text of that verse goes: “There must be heresies (or divisions) among you that those who are approved may be recognized among you.”

Churchfails is a book edited by David Stabnow and written by several seminary professors.  Subtitle: “100 blunders in church history (and what we can learn from them).”

I predict you’re going to love this book.

You know immediately that much of this is tongue-in-cheek when you read the introductions to the seven learned authors of these short, pithy chapters.

Rex Butler was “a shoe salesman in his former life, then God called him to teach when he was 40 years old.  He went from selling soles to schooling souls...following in the footsteps of William Carey and D. L. Moody!”  (Joe’s note:  Carey was a cobbler and Moody sold shoes.)

Ken “Deep Dish” Cleaver“ grew up in the Windy City, a land flowing with cheese and sausage...We actually invited him to be on our team of authors because he’s an avid unicyclist and we needed the balance.”

Rodrick K. Durst was “raised and trained in California, moving between campuses of Golden Gate Seminary to catch all the earthquakes...”

Lloyd A. Harsch is a “parent, professor, pastor, political pundit, and punster...He has a captive audience that is pressured to applaud his puns because he submits their grades!”

Stephen O. Presley“ hails from (Texas) but ventured out to study theology among the brave-hearted kilt-wearers of the far northern territory...”

David K. Stabnow (editor of the book) “gave up a dead-end career digging graves in the frozen soil of Minnesota in favor of herding cats and shepherding words as Bible and Reference Book Editor at B&H. He lives in Nashville but doesn’t listen to country music.”

Whew.  And the book hasn’t even gotten underway yet.

In many respects, this book is a short, fascinating recap of church history with all the normal (dare we say boring?) parts left out.

The first section,”Patristic Churchfails,” begins with Simon Magus from Acts 8, covers Nicolaus–mentioned in Revelation 2:6,15–and proceeds to a bunch of people most of us never heard of: Cerinthus, Sethianism, Basilides of Alexandria, and so forth.

The second section, “Medieval churchfails” includes some we have heard of: Saint Boniface, Urban II, Bernard of Clairvaux, Thomas of Aquinas, and Geoffrey Chaucer (yes, of Canterbury Tales).

There we have “churchfails in the Reformation” which includes Savonarola (the book calls him “Mr. Grumpy Pants”), Johann Tetzel (the guy whose selling of indulgences infuriated Luther and ignited the Reformation), and Pope Leo X (the last non-priest to be elected pope).

“Churchfails in modern times” is far more interesting to the typical reader.

What the professors call “modern times,” however, starts in the 1600s with Elias Keach who was converted under his own preaching, John Gill (who went to seed on the sovereignty of God), and a Baptist preacher named Elijah Craig whose main legacy was the invention of Bourbon whiskey!

Joseph Smith Jr., the founder of Mormonism, is included (“he cobbled together a religion from pieces of Methodism, the Masons, and Melchizedek”), as well as Mary Baker Eddy (Christian Science so-called) and Charles Taze Russell (Jehovah Witnesses).

J. Frank Norris of Fort Worth may have been the meanest, orneriest, most successful preacher anywhere. He pastored two churches simultaneously–the FBC of Fort Worth and Detroit’s Temple Baptist–and packed both out with large crowds. He killed a critic who had come to do him bad, and sent ugly notes to Dallas’ George Truett every Sunday morning.

Paul Tillich, the favorite theologian of every liberal I ever heard of, created “gospel gobbledygook,” was famous as a philanderer, and came up with existentialism, although “no one, including he existentialists, quite seems to know what an existentialist is.”

The best quote on Tillich is this: “When a student of Tillich once asked his biographer, Wilhelm Pauck, some disturbing questions about Tillich’s ideas, Pauck replied, ‘For you, theology is a matter of great seriousness. For Tillich it is all just a word game.” Wow. The author (of this chapter) says, “Beware of any theologian who cannot make himself understood to the trombone section in a swing band.” Love it.

The book takes on Karl Barth for his confusing writing (“who often made James Joyce’s prose seem to flow like pulp fiction”), his confusing doctrine (“digesting a few pages of this work will help readers determine if it is more like Westminster or waste matter...”), and his confusing morals (“his personal philandering has never been held against him” by his followers).

The final section of the book “Momentary churchfails” includes such well-known early leaders as Augustine (who taught the use of force in converting people), Ireland’s St. Patrick (who used bad analogies to explain the Trinity), and even Francis of Assisi (“better to follow Francis’ model of generous, unaffected faith than his model of shoelessness and stigmata.”)

And Martin Luther himself is not spared. “Torchbearer of the Reformation,” he was, but “in an air-head moment he called for the banning of all Jews from Saxony and the burning or confiscating of their property.”

John Calvin burned a heretic at the stake in Geneva.  John Knox would have benefited by being less bombastic.

Harold Egbert Camping. He’s the guy who prophesied the Second Coming of Christ in 1988, then 1994, and finally 2011. “His knowledge of the Bible was truly remarkable,” says the book, “but it seems the knowledge went to his head and he went out of it.”  Conclusion: “Camping was just the latest in a long line of people who didn’t hear Jesus when He said that no one knows the day or the hour…and who didn’t hear Paul when he said not to worry about times and seasons because the Day will come ‘like a thief in the night’...”

I recommend the book.

And I recommend you and I work real hard to avoid receiving honorable mention in subsequent editions.