The Days of Our Lives

The Days of Our Lives 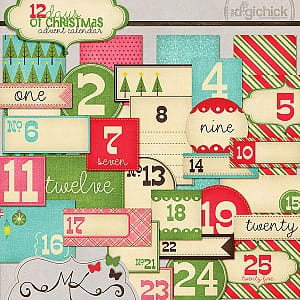 Since ancient times, Christians have used the Christian calendar (also called the liturgical year) to orient themselves to the two most significant seasons in the yearly Christian cycle of time. Those seasons are Christmas and Easter.

Within such a calendar every day has a vital, and traditionally sacred, place, relative to the life, ministry, death and resurrection of the figure of Jesus Christ.


Advent. Rather than on January 1, the Christian new year begins on the Sunday that falls nearest November 30. That Sunday, through the next three Sundays—in other words, the time encompassing the four Sundays before Christmas—is known as the season of Advent (which is Latin for “coming”). During this time the church liturgically, spiritually, and practically prepares for the glory of Christmas day.

Christmas. While Christmas Day is celebrated on December 25, the Christmas season lasts the twelve days from December 25 to the Feast of the Epiphany on January 6. (This is where the “Twelve Days of Christmas” comes from.)

Epiphany. Epiphany is Greek for “manifestation,” “show,” “revealed.” During this season Christians focus on God manifesting as Jesus, on his sacrifice and the atonement. It is also a time when churches tend to focus on their missional work: if Jesus gave his all to save believers, then believers must give their all to save others. Epiphany runs from the close of Christmastide (a traditional word for the Christmas season) on January 6 to the beginning of Lent (see below).

Ordinary Time. This does not mean “boring time where nothing interesting happens.” The term derives from the word “ordinal,” as in “numbered”—and, indeed, the Sundays that fall within Ordinary Time are often designated in such ways as The Third Sunday After Pentecost, or The Second Sunday Before Lent. Ordinary Time refers to any period of time that falls outside the major seasons of the liturgical year. Where within the times of Christmas and Easter we focus on specific aspects of Christ’s life and meaning to us, during Ordinary Time we think about what Christ means to the entirety of our lives. It is, after all, during the “ordinary times” of our life that Christ can, and should, mean as much to us as he does at any other.


Lent. A forty-day period (based on the forty days of temptation that Jesus faced in the wilderness) of fasting, prayer, self-examination and repentance, in anticipation of the day Christ sacrificed himself in atonement for the sins of all mankind.

Holy Week. Sometimes called Passion Week, because of the awesome and terrible events that unfolded between the days of Palm Sunday (when Jesus triumphantly rode into Jerusalem on the back of a donkey) and Holy Saturday (when Jesus was buried after his passion and crucifixion on Good Friday).

Easter. Yay! Easter is the most important, most ancient festival of the Christian church year. Every Sunday of the Easter season, which lasts fifty days overall, is a celebration of the glorious resurrection of Jesus Christ. He is (as they say) risen indeed.

Pentecost. This day celebrates the occasion of the Holy Spirit first descending upon Christ’s disciples. Pentecost is the last day of the Easter season—meaning it falls on the fiftieth day after Easter. Pentecost Sunday is a traditional day for baptism and the confirmation of new Christians.

Ordinary Time. From the day of Pentecost to the First Sunday of Advent.

When you're a Christian, every day counts. Literally!