What Christians Get Wrong about Biblical Movies

What Christians Get Wrong about Biblical Movies 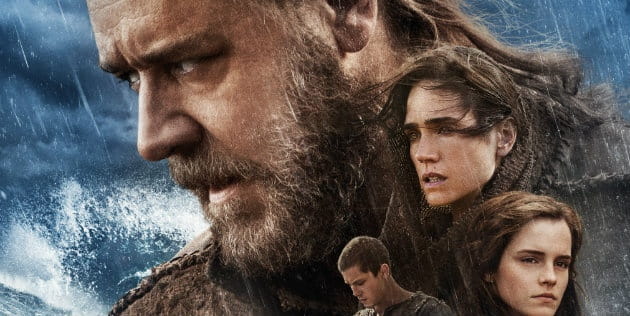 Among Christians and movie critics, 2014 was often referred to as “The Year of the Bible”. It certainly earned its name, Hollywood released more faith-based films that year than most people had seen in over a decade. Some, like God’s Not Dead, Calvary, and Unbroken were greeted warmly by Christian audiences. Others, particularly those that covered a popular Bible story, got a much more icy reception. So, what separated the good Christian movies from the bad?

Looking back, it largely depended on how closely the Biblical films stayed to the original reading of scripture. Scriptural integrity is a serious issue for Christians and it makes sense that this would carry over into any movie about the Bible. However, Alissa Wilkinson of Christianity Today argues that most Christians would have been unhappy with these films regardless of how accurate the screenwriters tried to make them. She writes,

“Every Bible film ever made, from Veggie Tales and The Greatest Story Ever Told to The Passion to Noah and A.D. The Bible Continues, takes varying degrees of license with the text. Often, they turn to other texts and traditions to spark the imagination. The thing is, the Bible is a terse book. Whole familiar stories fill scant chapters. Lots—maybe on purpose—is left to the imagination. I have no idea what Mary, or Mary Magdalene, looked like. I’m not sure what Jesus’ laugh sounded like, or how exactly they traveled to get to the Mount of Transfiguration, or what kind of fish was distributed to the five thousand…”

“If we want to make and watch movies based on the Bible, then, we've got to be okay with some degree of imagination. The real question for most people, especially religious people, to grapple with is this: where is the limit? This may be where the documentary and creative nonfiction discussion becomes useful again.”

Wilkinson certainly has a point. Two of 2014’s most despised “Biblical” movies were Aronofsky’s Noah and Ridley Scott’s Exodus: God’s and Kings. The latter was harshly criticized for transforming Moses into a terrorist-type character rather than God’s prophet, and was generally regarded to have departed from scripture altogether. Noah is a different story. While many Christians responded harshly to Aronofsky’s personal touches, others stepped forward to defend the film.

As Crosswalk editors Debbie Holloway and Steve McGarvey pointed out in their video review, much of what Christians believe about Noah comes from the Church rather than Bible. Certain aspects of Noah's tale, like the Nephilim, the wickedness of man, and Noah's relationship with his sons are never fully explored and left completely to the imagination. Anyone creating a movie would need to take a little artistic liberty or exercise some imagination simply to fill in the gaps. In the end, we're left contemplating Wilkinson’s original question, “Can a movie inspired by Biblical events ever truly satisfy a Christian audience?”

For many Christians this will be a matter of great debate. Some will no doubt assert that Scriptural integrity is paramount, while others say some artistic tinkering is acceptable so long as the message remains the same. In the end, all we can really do is speak the Gospel and hope that Christ will be glorified in all things.

What about you? What are your thoughts on Biblical movies?