What Pop Culture Can Teach Us about The Benedict Option

What Pop Culture Can Teach Us about The Benedict Option 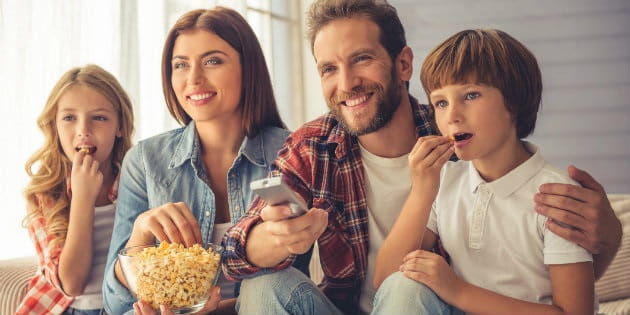 Some time ago, the blogger Rod Dreher released a book called The Benedict Option which quickly enthralled Christian readers. For those of you still wondering what The Benedict Option is actually about, the term was first coined by a philosopher named Alasdair MacIntyre. MacIntyre predicted there would come a day when Christians could no longer participate in mainstream society, and should thus seek out communities of their own. As the book’s title suggests, Dreher believes that time has arrived, and encourages his readers to find new ways of living as Christians. This will likely involve withdrawing from modern culture, along with all of its music, movies, and television.

To some Christians, this doesn’t sound so bad. The recent inclusion of gay characters in Beauty & the Beast and Power Rangers have angered traditional viewers. Few places in entertainment still espouse a conservative worldview, and threats of boycott from religious groups have become common. Yet regardless, pop culture has pushed forward without us. It’s hard not to take this as a cue to go our separate ways.

For my part though, I believe withdrawing from modern culture, specifically pop culture, would be a mistake. Whether through the medium of music or film, pop culture has always been about sharing stories, and stories are a vital part of how we as humans connect to one another. Stories help us build empathy. They create heroes to inspire us, and ideals for listeners to pursue. They remind people what it means to be a flawed, and encourage us to seek something bigger than ourselves.

Just take the parables of Jesus as an example. Throughout his ministry, whenever Jesus wanted to convey a significant message to his followers, he would sit them down and tell them a story. These weren’t just common fables either, these were narratives his audience could relate to. They came right out of daily life and involved situations his listeners could understand. In short, Christ used early pop culture to spread the gospel.

How does one explain the Kingdom of Heaven to those who don’t know it?

“Again, the kingdom of heaven is like a merchant looking for fine pearls. When he found one of great value, he went away and sold everything he had and bought it.” – Matthew 13:45-46

How does one describe the matchless love God has for humanity?

“Suppose one of you has a hundred sheep and loses one of them. Doesn’t he leave the ninety-nine in the open country and go after the lost sheep until he finds it? And when he finds it, he joyfully puts it on his shoulders and goes home. Then he calls his friends and neighbors together and says, ‘Rejoice with me; I have found my lost sheep.’" – Luke 15:4-6

And what about grace?

“‘Two people owed money to a certain moneylender. One owed him five hundred denarii, and the other fifty. Neither of them had the money to pay him back, so he forgave the debts of both. Now which of them will love him more?’ Simon replied, ‘I suppose the one who had the bigger debt forgiven.’ ‘You have judged correctly,’ Jesus said.” – Luke 7:41-43

We live in a world that is decidedly unchristian, and that means believers will always struggle over what we see and hear in the media. However, shutting out pop culture won’t make us better Christians, it will only make us worse. We’ll lose the ability to connect with others and covey the gospel to our neighbors. Instead, we must become masters of discernment and learn from the artists in our midst. Let us become storytellers in our own right, and share the message of Christ’s sacrifice to an audience straining to hear us.