Why Christians Should Put More Value in Videogames

Why Christians Should Put More Value in Videogames 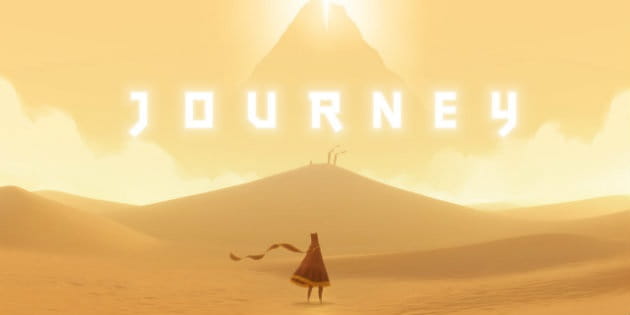 When it comes to Christians and pop culture, video games are often viewed with something akin to disdain. Books are useful; authors like C.S. Lewis, J.R.R. Tolkien, and Corrie ten Boom have proven that powerful stories can be used to champion the gospel. Movies require more discernment, but even they are capable of delivering Christ-centered messages when given the opportunity. Video games, on the other hand, are seen as juvenile time-wasters, accused of promoting everything from violence to sexism. Though games like Grand Theft Auto and Duke Nukem have certainly contributed to this reputation, recent entries in the genre have risen to challenge Christian’s expectations.

In 2012, a small indie developer released a game entitled, Journey. Within Journey, players take on the role of a robed figure wandering through the desert. An introductory sequence reveals a large mountain in the distance, leading player to reach its summit while navigating a desolate wasteland. Despite containing absolutely no dialogue, Journey manages to convey powerful themes of faith, hope, perseverance, and regret, all through its gameplay style and level design. According to blogger and game critic Steven Miller, artwork of this caliber deserves to be acknowledged.

Writing for Christ and Pop Culture, Miller believes videogames have the potential to become influential tools of ministry because they force humans into personal engagement. He argues,

“Gaming is unique in that it is one of the few entertainment forms where meaning is added through interaction. Watching a movie does not require interaction: the meaning from the movie is simply derived from the focus of the viewer. A gamer, however, creates meaning through interaction, with the progression of the game depending on user input. Failure and success, story progression, complex decisions: much rides on the gamer.”

What makes this statement so profound is that, much like video games themselves, the gospel message is built on similar principles. In a hotly-debated verse, the Bible says that “faith without works is dead” (James 2:14-17) and that believers should be compelled to make personal investments for their faith. When this sincerity is combined with Christian art, it’s capable of creating something truly beautiful. Just take the 2016 game, That Dragon, Cancer.

Created by Ryan and Amy Green, That Dragon, Cancer is an interactive video game which tells the story of a Christian couple slowly losing their child to cancer. As players are led through doctor’s offices and dreamlike levels, they are confronted with the harsh grief of the family’s loss. At the same time though, they’re treated to sublime moments of faith that don’t feel cheap or ham-fisted. Jesse Carey of Relevant Magazine described the game as such, writing,

“There’s a sense of uncertainty that follows players through the game. Not only do they encounter literal cancer cells and dragons throughout, they also hear desperate prayers to God, proclamations of a faith in healing and difficult, blunt questions openly wrestled with in the form of inner monologues, phone messages and conversations.”

“There are certainly spiritual elements to the gameplay, but what makes many of the scenes so striking is how grounded they are in earthly imagery: The plainness of a hospital room; the familiar structures of a playground; the messiness of a child’s room.”

Video games are a new and uncertain form of art. We’re still discovering what this medium is actually capable of creating. However, for Christians, this unexplored territory could offer up ways of speaking and experiencing the gospel we never imagined. We only need to let our preconceptions go and take the jump into the unfamiliar. After all, as a certain video game will teach you, who knows where life’s journey may lead?