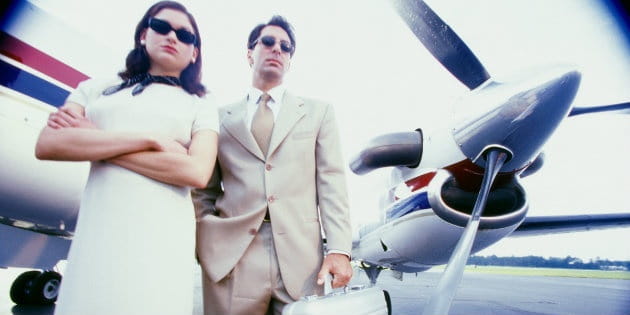 Wealthy televangelists, or as some are referred to “Scamgelists,” with outrageous claims are nothing new to Christian news. We’ve heard it all before—the mansions, the expensive cars, the private planes etc. But this is a new take on why famous pastors need private planes.

There are of course some legitimate reasons, such as their busy schedules including multiple speaking dates in a week that span different places throughout the U.S. It’s hard to find a commercial flight that can get you to that many engagements. One could say don’t make that many engagements then, but if the church as a whole feels like these speaking engagements are of the upmost importance for their ministry, then by all means they should feel free to start a fundraiser to buy a private plane and accomplish the work they want to do. I’m not going to judge them for choosing to buy a plane for ministry purposes, but that reasoning is not what these two pastors focused on.

Zack Hunt, blogger and writer, has written a blog piece called The Real Reason Televangelists Need Their Own Private Plans. He based his blog post off of a YouTube video featuring televangelists Kenneth Copeland and Jesse Duplantis, where the two pastors discuss the benefits of flying on private planes and why God wants them to.

Here are Duplantis and Copeland’s reasons for flying privately over commercially:

1. They can’t stand up on a commercial flight and talk to God out loud.

I'm pretty sure there are other ways to talk to God on a plane, but their point is that they prefer to talk to God this way when flying and because they have their own planes they can do it. I’m sure we’d all like a little more room on an airplane, but I don’t think I’d consider it a primary reason for purchasing a private plane.

Yes they actually said that. Well if that’s true I want a private plane too. Apparently we have been surrounded by demons every time we fly, and we never even knew it! In order to fly safely you need your own sanctuary, according to Duplantis and Copeland, aka a private plane. Private planes must be demon-proof. This is a worrisome justification for owning a private plane. And when I say worrisome I don’t mean I actually think there are demons on planes, although there could be. I don’t know where demons are at any given time, but I highly doubt that every person on a commercial flight is demon-possessed or sharing a seat with a demon.

3. & 4. They’re too famous and people might ask them to pray for them.

These pastors are so famous, people might recognize them and ask them for prayer. But they are tired from all their ministry work, so this is rather annoying to them. I’ll admit that sometimes I want to sleep, read, or watch something by myself on the plane…but if the person next to me were to approach me in conversation I would oblige. You never know who will be next to you on a plane and what kind of conversations you will have; it could be an opportunity to share the gospel or simply love someone who feels rather unloved at the moment.

It is odd that televangelists, like these two, who ask for money from people not only in their church, but who watch them from afar would be annoyed that these people want to say hello or ask for prayer from the pastor they’ve been watching and supporting. They could at least say, yes let me write down your name and prayer request so that I can pray for you later. If they are being heckled that is a different concern, but neither pastor addressed that topic in the video.

5. The world is dying around us and the only way to get there is by private planes.

Flying on private planes is a “soul business” according to these pastors, and they can’t reach these souls or the dying world by flying commercially…they just can’t (no other reason given). I would venture to say, if they’re so concerned about dying souls then a commercial flight sounds like a great place to find one…especially with all those demons on board. Again, I understand if the plane is for ministry purposes and it helps them get to more engagements. That would make sense for them as a ministry tool, regardless of what others think about it, but to say the world is dying and commercial flights can’t get them there is a bit off.

“What they’re saying makes perfect sense. And it explains why flying is so often such a miserable experience. It’s not because the TSA is terrible or because there’s no more leg room in coach or because a bottle of water costs $35 inside the terminal. It’s because airports are temples to Satan and commercial airplanes are the Dark Lord’s preferred method for transporting his demons around the world. It’s all so clear now. How did I not see it before?”

These pastors could have said, we get why some people are outraged that we have private planes for our ministry but here’s why we do it… [insert rational reason like schedules that can’t be met commercially and our church supports us etc].  However, these pastors instead chose to address what they feel are the real reasons. And it doesn’t help their case at all; it only makes us question them more.

Creflo Dollar came under fire this past year for petitioning to raise $65 million dollars for a private jet; there was so much criticism from the Christian community (not his own church) that he quickly took the petition offline. The plane was purchased anyways by the board of World Changers Church International.

Planes are expensive to begin with, but if a pastor is adding additional and unnecessary features to a plane I’m not sure what that has to do with ministry (I don’t know what kind of planes these pastors have so I am speaking generally). Some of these pastors would do well to reexamine their reasoning for such things, and if it really is for ministry then that’s all they need to say. Most of them will say that it’s God’s money for God’s purpose, and I truly hope their actions will reflect this.