Do You Have a Love/Hate Relationship With Christian Music?

Do You Have a Love/Hate Relationship With Christian Music? 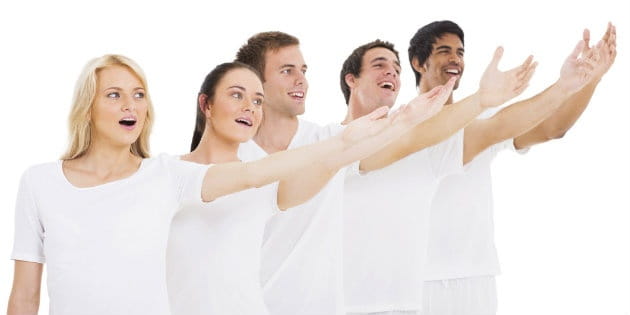 We all have our opinions about Christian music. I don’t mean the songs you hear in a Sunday worship service (that’s an article for another day), I mean the recreational stuff you play in your car, or while out jogging. Many Christians love contemporary Christian music. They see artists like Casting Crowns, Colton Dixon, or Lecrae as pioneers, creating wholesome content in a market that thrives on self-obsession. Others however, find Christian music to be nothing more than a weak attempt at integrating faith and culture.

Peter Chin, of Christianity Today, admits he used to be one of the latter. In his latest post on pop-culture, Chin described how he disliked Christian music because he found it lacked realness and authenticity. His feelings changed though, once he examined the rigorous trials Christian artists face on a daily basis. Chin writes,

“So imagine trying to write music that is theologically orthodox, positively uplifting, not to mention musically awesome...all for people whom you know might rip you to shreds if you mess any one of those up. If you are orthodox but lack coolness, younger Christians will mock you mercilessly for being out of touch. If you are cool but your lyrics are theologically not sharp enough, older Believers will lay into you. If you don't blend these dynamics to perfection, then hyper-critical people like me write stupid blog posts about it. And all the while, unfettered non-Christian artists laugh and laugh as you labor under a sodden wet blanket of unrealistic expectations.”

Chin’s remarks should certainly be taken to heart. Christian artists frequently find themselves at odds with the culture at large, both personally and esthetically. Unfortunately, recent events have demonstrated that a Christian singer’s harshest critics came sometimes be their own fans. Probably the most notable example of this would be the singer-songwriter, husband-and-wife duo: Gungor. Back in 2012, Gungor published a blog post titled “What Do We Believe” where they expressed their doubts at the literal interpretation of Genesis.

The backlash they received from Christian listeners was quite harsh. Several outraged fans took to twitter and Facebook, claiming they would no longer support the couple’s music. Meanwhile, Aaron Ross of Relevant Magazine encouraged temperance. He wrote,

“In fact, he even condemned Christians who would make such claims. In The Literal Meaning of Genesis, he writes, ‘It is too disgraceful and ruinous, though, and greatly to be avoided, that he [the non-Christian] should hear a Christian speaking so idiotically on these matters, and as if in accord with Christian writings, that he might say that he could scarcely keep from laughing when he saw how totally in error they are.’”

What about you? What are your thoughts on Christian music?