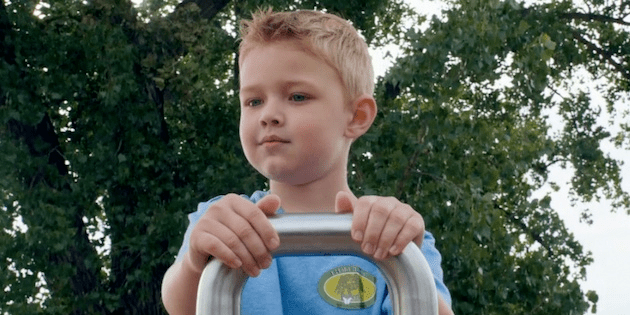 Heaven is for Real has soared to the top of the box office charts, beating out Johnny Depp’s latest thriller to earn a comfortable spot in third place. The film, which was released just in time for Easter weekend, follows the real-life story of Todd Burpo, a Nebraska pastor whose son claims to have visited heaven during an emergency surgery. Since its release, Heaven is for Real has garnered an impressive $21.5 million – nearly double of what Depp’s Transcendence earned the same weekend. Though the film’s success is not entirely surprising, it has still produced great encouragement amongst Christian viewers. According to The Hollywood Reporter, the film could also attribute its strong performance to the Easter holiday,

“’It's really a terrific result,’ said Sony's distribution chief Rory Bruer. ‘And Easter was certainly a date that was in the wheelhouse of the film.’

“Easter weekend provided further evidence that 2014 is indeed the year of the Bible movies. Heaven Is for Realwas one of three such titles populating the top 10 chart. Noah placed No. 9 with $5 million for a domestic cume of $93.2 million, while God's Not Dead came in No. 10 with $4.8 million, pushing its total to $48.2 million.”

All this spells good news for Christian audiences, who are perched to enjoy more faith-based movies as the year progresses. It also reveals a subtle shift in the way pop-culture has begun to perceive Christians. In the past, most media has portrayed believers as ignorant, judgmental, or narrow-minded, yet early reviews of Heaven is for Real have praised the movie for its authentic depiction of Christian families. Greg Kinnear, who plays Todd Burpo in the film, told Crosswalk’s own Christa Banister that his experience as a father helped him reach a new understanding of his role.

“’Todd and I share one hat…we’re both fathers. The rest of it is kind of new to me,’ Kinnear shares. ‘But when I read the script, I thought it captured the struggle in a genuine way. I suppose there’s a version of the movie where the son says ‘Hey, I went to heaven,’ and his dad high-fives him, and they roll credits. But that’s just the starting point for Todd’s own questions. It’s interesting because in movies, you’ll hear the gravelly voiced narrator say ‘One man will learn that everything he knows is wrong!’ And they’ll cue the violins. But this [Heaven is for Real] is actually the reverse. Instead of coming from the negative into the positive, this man’s son is telling him that everything he’s been talking about is real. So Todd’s questioning comes from a place not of what you think is true, it’s that it is true, and he has to readjust to that.’”

Along with Kinnear, the movie stars Kelly Reilly, Thomas Haden Church, Margo Martindale, and Connor Corum as Colton Burpo. For more information regarding Heaven is for Real, check out Crosswalk’s Movies Channel, or read through one of our feature articles which take a closer look into the film and its actors.