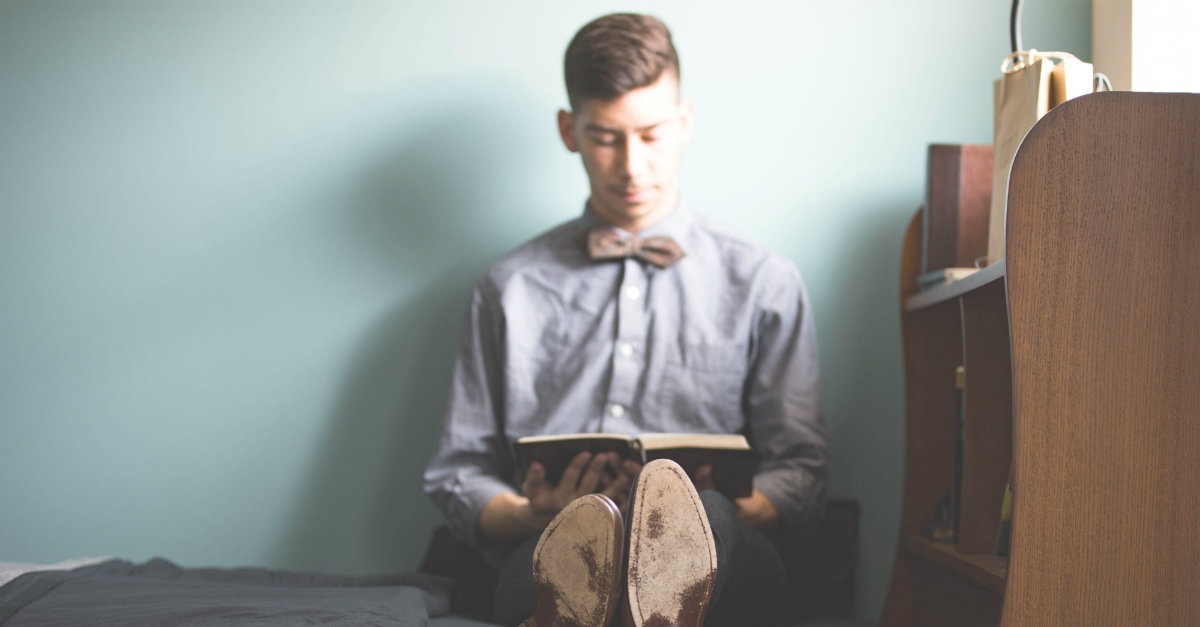 Most of us started preaching when we were young.

We automatically made a ton of mistakes. It just goes with the territory, and no young minister should beat himself up over it.

Young preachers can be shallow, silly, arrogant, sloppy, and most of all ignorant. I’ve been a young preacher, and at one time or the other, was all of those.

When I began preaching as a college student, I filled my messages with slang and preached a lot of things I’d heard and thought about (but not thought through!), but very little from the Word.

I didn’t know enough of the Word to be able to preach it.

When I began preaching, I searched the Scripture for texts which would lend themselves to my shallow, superficial type of preaching. I wanted catchy phrases, clear and picturesque sentences which would encourage me to venture out with creative ideas of my own; I would then attempt to adapt to them Scripture (!).

I didn’t know any better. I had never made an attempt to learn the Scriptures, but had heard messages from all over the place, many of them the very kind of preaching I was now attempting. To say I’d not had exemplary role models is an understatement.

My college preparation had been for the classroom, not for the pulpit. I had not been to seminary. And even after I got to seminary, I didn’t suddenly become mature, wise, and smart.

I’m still working on that.

In the early days, my preparation during the week consisted of trying to find a snappy text, worrying over a passage, fretting over it, and trying to find two or three good points my mind would grasp, from which I might branch out with some haranguing and harassing of the congregation. It’s what I’d been shown by example to do.

I feel like going back to my first two churches and apologizing.

“Let no man despise thy youth.”

I know what that means. It takes very little imagination to conjure up images of seasoned adults entering churches where I would be preaching and leaving shaking their heads. It wasn’t that I was preaching heresy or offending people by my pulpit mannerisms or style of dress. And my language wasn’t terrible.

I just wasn’t doing much of anything. Because I didn’t know any better.

So, we can share Paul’s concern about this young pastor sent to Ephesus to shepherd the Lord’s people.

“Don’t let anyone put you down because you’re young. Teach believers with your life: by word, by demeanor, by love, by faith, by integrity. Stay at your post reading Scripture, giving counsel, teaching. And that special gift of ministry you were given when the leaders of the church laid hands on you and prayed–keep that dusted off and in use. Cultivate these things. Immerse yourself in them. The people will all see you mature right before their eyes! Keep a firm grasp on both your character and your teaching. Don’t be diverted. Just keep at it…”

Okay, this is more than our text at the top, but I like the way Eugene Peterson puts it. Young ministers need lots of reminders and many friends along the way who believe in them strongly enough to speak encouragement, truth, and discipline to them.

“Let no man despise thy youth.” What exactly is “youth?”

John MacArthur says Timothy was in his 30s, “still young by the standards of that culture.” Both Hebrew and Greek culture placed a premium on age and experience.

It’s interesting watching the various ways churches relate to young preachers. One of my pastor friends went to the biggest church in his state when he was 31. I became pastor of the First Baptist Church of Columbus MS when I was 33. And yet, churches not running 100 will reject a preacher in his 30s as “too young.”

Then, at the same time, we see churches rejecting prospective pastors in their 50s and 60s as too old. It’s ridiculous, of course. I’m 78 years old and my preaching is the best it’s ever been. No kidding. (Not that I’m looking to pastor a church. Just making a point.)

Dr. Mac Brunson made the news last year when he moved from the mega-FBC of Jacksonville Florida to Birmingham’s Valleydale Baptist Church. I think he was 60 years old. Good for him and good for them. I hope he stays 20 years. And I hope some churches looking for preachers take a lesson from Valleydale and quit demanding a shepherd who is 35 years old with 40 years of experience.

I know pastors who are wise and mature at 30 and some who are immature and shallow at 60. Age is irrelevant. When will God’s churches ever learn that?

“Be thou an example…”

–Be an example of believers in word. In speech. Every generation of young people seems to develop its own speech to define it and differentiate itself from the oldsters. Young pastors, do not sound like a kid. Be mature.

—Be an example of believers in conduct. Righteous living. Young pastor, show the congregation what righteous behavior looks like.

—Be an example of believers in love. Caring for others, valuing them highly. Young pastor, show the congregation what it means to love one another (John 13:34-35).

–Be an example of believers in spirit. (The oldest manuscripts omit this. Good, because I’m not sure what that means, other than a wholesome attitude.)

—Be an example of believers in faith. In faithfulness and steadfastness. Immature people can be flighty and quick to discouragement. Young pastor, show the congregation–and other young people–how to remain steady even when things aren’t going to suit them.

—Be an example of believers in purity. Purity in thought, righteousness in speech, godliness in action. Youth is a time of great adjustments, development, and raging hormones. Young pastor, demonstrate settled maturity and godliness in spirit and personal life.