Why Pastors Should Leave Sports Out of the Sermon

Why Pastors Should Leave Sports Out of the Sermon 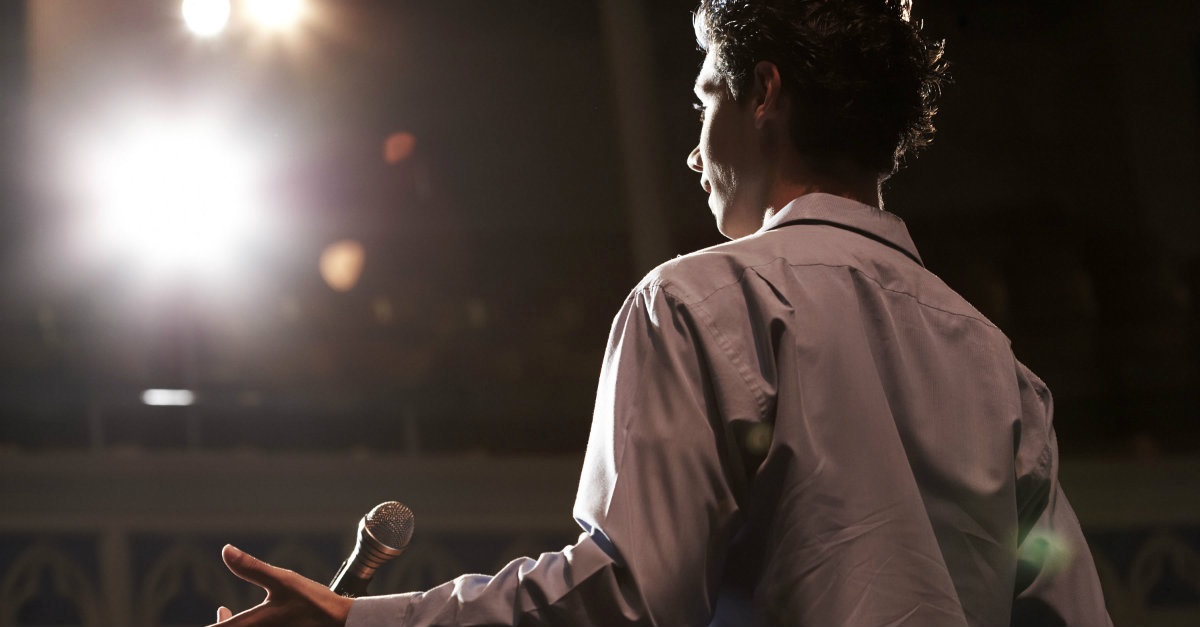 “Not everyone in the pews cares who won that game. They could care less who Mickey Mantle or Hank Aaron, Joe Namath, or Drew Brees are. Tell them a Yogi Berra story and while you stand there waiting on the laugh, they will say, ‘Who is that?’ An evening at a college football game with you is not a delight but punishment.” –The voice of sanity

Keep that in mind as you enter the pulpit area.

Dr. Cecil Randall pastored Tuscaloosa’s First Baptist Church during the era of the famous Paul “Bear” Bryant when winning national championships became a matter of routine.  Later, as a professor in New Orleans Baptist Theological Seminary, he told his students not a single time did he mention football from the pulpit.

“Not everyone in your congregation is local,” Dr. Randall said. “Some are from those other states and they cheer for those other teams. Besides, you have bigger things to do today than talk about a football game.”

Any pastor who questions that should go back and examine his calling.

There is an exception.

When the entire team comes to your church for a special service, you may talk football. All fifty-five athletes are sitting before you in the audience, along with six coaches and their families. Everyone in the building is fully expecting you to talk about them, what they’re doing, the season before them, something. Try to inspire them, pastor, with what they are trying to achieve but without dumping on their opponents, some supporters of which are also sitting nearby and eavesdropping.

Pastors who have difficulty doing this–honoring a team and challenging them but without trivializing the gospel message–should seek advice and suggestions from their mentors.

Leave football out of it.

Or basketball if you’re in Kentucky, Indiana, or North Carolina. Soccer if you live in Europe, South America, or Asia.

You are on a mission for the Lord Jesus Christ. You are not a lackey for the local chamber of commerce nor an agent of the community public relations campaign. You want this city to do well, but when you stand to bring Heaven’s message, you have greater goals in mind.

Ask the Holy Spirit to guide you.

There is nothing wrong and everything right with supporting all that is good in your community. As a pastor, I once headed up the chamber of commerce’s beautification committee for our town and often did 10-second television spots promoting a clean and lovely community. And, as a member of the local symphony board, at the end of the worship service I might mention the concert Tuesday night with the hope more would support it. But our town was not large and no one was offended.

I was not slamming another team. God told the Israelites in Babylon to “work for the welfare of the city where I have sent you into exile and pray on its behalf; for as it prospers, you will prosper.” (Jeremiah 29:7). Literally, “in its shalom, you will have shalom.”

A few quick observations on this subject…

1. You’re not going to stop people from discussing last night’s game before Sunday School. So, don’t even try, pastor. Actually, there’s nothing wrong with it. They’re fellowshiping, and anything is on the table for that.

2. Personally, even if his preferences are well know, the pastor should wear his partisanship lightly. One church asked everyone to wear a t-shirt for their favorite team the following Sunday. The pastor preached in one from his alma mater. My opinion is he should have worn a plain white dress shirt that day. Or, he could have gotten really creative and made a shirt with the logos of a dozen good teams. But if I’m an Alabama fan and the pastor is preaching in an Auburn t-shirt–or vice versa–this is probably not going to be well-received.

4. Never forget the words of the baseball catcher who watched as the batter approached the plate and made the sign of the cross. “Hey Buddy,” he said, “Why don’t we just let the Almighty enjoy the game?” It’s a good reminder.

5. If you know for a fact that some members of your congregation support “that other team,” ask them to let you know if they ever feel you have crossed the line. Assure them of your love for them and respect for their loyalties. If your partisanship is extreme and deep, enlist their help in seeing that you toe the line.

6. Pastor, leave the pennants and wall hangings from your team out of your office. For all the obvious reasons.

7. I’ll make a prediction. One of these days you will have in your congregation a professional athlete, someone well known to the sports world, someone who pulls down a zillion bucks a year, someone whose image has graced Sports Illustrated numerous times. And he/she will be impressed that you do not swoon, that you stay on course in preaching the gospel message. Because 99.99 percent of the time, the famous athlete knows better than anyone how ephemeral and shallow are the accolades of his/her profession.

Someone told Bob Devaney, the old coach of the Nebraska Cornhuskers, of a die-hard fan who had ordered his casket in fire-engine red with “Nebraska” all over it. As I recall, he had had the name of the team cut into his teeth, even. “What do you think about that?” they asked. Coach Devaney said, “I think he ought to get a life.”

Indeed. And that’s where you and I come in, pastor. We know the One who is the Giver of Life and that more abundantly.

Tell them about Jesus.