BIBLE VERSE OF THE DAY: “And Noah did all that the Lord commanded him. And Noah and his sons and his wife and his sons’ wives entered the ark to escape the waters of the flood.” Genesis 7:5-7

If you aren’t convinced that God’s word still matters to you in your life today, let’s go straight back to one of the oldest accounts in the Bible, the story of Noah and the ark, and see if it’s truths stand the test of time. You are going to be shocked at how the living, breathing Word of God can speak into your life today. 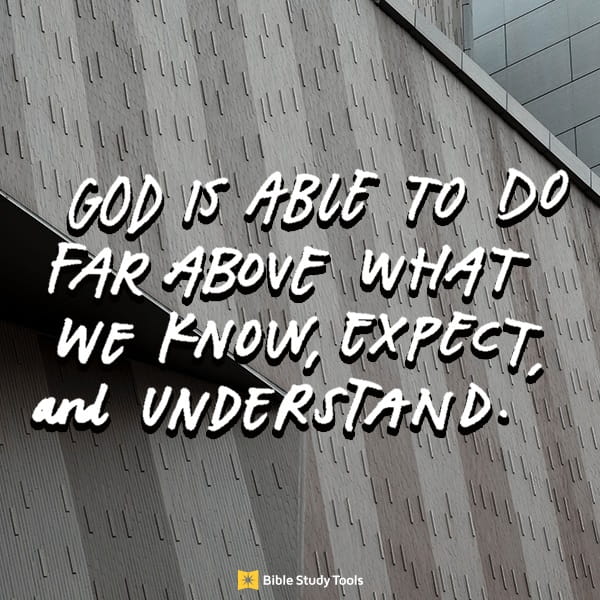 1. We can grieve the heart of God with our sin.

God is a good Father and He loves His children. Just like any good Father, our disobedience and sin grieve the heart of our Heavenly Father. In Noah’s days, the people were so sinful that God’s heart was deeply grieved. God was grieved by sin then and He’s grieved by our sin now. He can’t just ignore it because He is a holy and righteous God.

2. God always provides a way for us to begin again with Him.

God must judge sin but he is also merciful, loving, and full of grace. He will never leave us without a way to come back to Him. God wants a relationship with us and is always willing to go above and beyond to provide a way for that. Even throughout deep sin and a worldwide flood, God provided a way for Noah and his family salvation by shutting them in the ark.

He is willing to do the same for you today. It’s never too late for new beginnings because God will always provide a way.

“In the six hundredth year of Noah’s life, on the seventeenth day of the second month—on that day all the springs of the great deep burst forth, and the floodgates of the heavens were opened. And rain fell on the earth forty days and forty nights. On that very day Noah and his sons, Shem, Ham and Japheth, together with his wife and the wives of his three sons, entered the ark…Then the Lord shut him in.”  Genesis 7:11-13,16b

3. We will not always understand God and His ways, but we can trust Him.

Noah must have wondered if God’s plan was best because, after all, a worldwide flood seems very harsh. However, God had an eternal plan in mind. He knew the sinful state of the world was self-destructive and loved the world enough to intervene.

His plan ultimately provided a way for you and me to come to salvation. God sees the bigger picture, so we must trust Him even when we don’t understand His ways.

4. We can obey God even if the world thinks we are crazy.

Speaking of things that are hard to understand, Noah must have faced lots of opposition. People must have been unkind and laughed as he built a massive ark when it had never rained like God told Noah that it would. Yet, Noah obeyed and held fast to what he knew was right, and God rewarded his obedience.

Sometimes obeying God means believing and doing things that the world won’t understand, but we know that God honors our obedience to him.

“And Noah did all that the Lord commanded him. And Noah and his sons and his wife and his sons’ wives entered the ark to escape the waters of the flood.” Genesis 7:5,7

5. All things are possible with God.

As Christians, we believe that the Bible is 100 percent true, and that means that we believe in a flood that covered the whole earth. We believe in a God that warned, instructed, and protected Noah and his family and loved creation enough to send animals into the ark to protect them.

God is able to do far above what we know, expect, and even understand. That was true of Him then and it’s still true of Him today. He did it in Noah’s situation and He can do it in yours.

As if there weren’t proof enough, Ephesians 3:20-21 reminds us of that truth. It says that He “is able to do immeasurably more than all we ask or imagine, according to his power that is at work within us.”

This devotional was taken in part from 10 Theological Truths from the Story of Noah (That Still Matter Today).

Want to learn how to dig deep into God's Word? Listen to our latest podcast, How to Study the Bible, on LifeAudio.com!