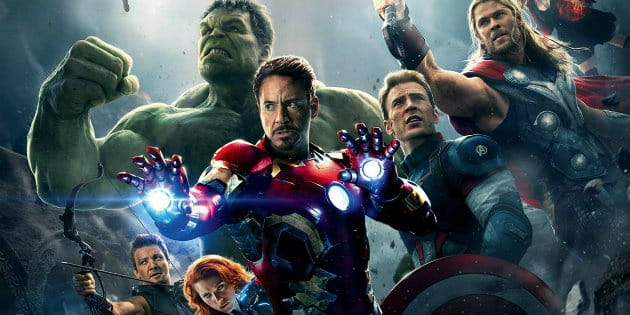 What comes to mind when you hear the words “Christian movie”? Do you picture something filled with valiant declarations of faith like God’s Not Dead, or perhaps a robust, scripture-centered film in the vein of Woodlawn? Unless you were really into Bibleman growing up, your first thought probably didn’t include superheroes. So it might surprise faith-based readers to learn that one of Marvel’s upcoming installments will not only feature an abundance of spiritual themes, but a Christian director at its helm as well. In fact, there are a few peculiar things about Dr. Strange.

According to Jesse Carey at Relevant Magazine, Scott Derrickson has already begun work on Dr. Strange, the second film in Marvel’s new phase. A Hollywood icon, Derrickson has made a name for himself in the world of horror movies. His most recent film, Deliver Us from Evil, examined the role faith played in life and in humanity’s spiritual battles. Carey writes,

“Not only is Derrickson currently one of the most influential directors in the horror genre, he’s also a devout Christian who isn’t afraid to incorporate deeper spiritual messages into his films. His resume includes dark, supernatural films including Sinister, The Exorcism of Emily Rose, Hellraiser: Inferno and 2014’s demonic detective thriller Deliver Us From Evil.”

While superheroes are certainly a change of venue for Derrickson, Dr. Strange has always been a black sheep in the Marvel Universe. For those unfamiliar with the comic lore, Dr. Stephen Strange began as a gifted but arrogant surgeon whose hands are severely damaged in a tragic car accident. Desperate to regain his former abilities, Strange sought out a being called the “Ancient One” in a final effort to receive healing. Instead, the Ancient One trains Strange to become Master of the Mystic Arts and Earth’s new Sorcerer Supreme. While the magical aspect of the character will undoubtedly make Christian audiences uncomfortable, Derrickson views it as an opportunity to explore the themes of light and darkness in greater detail.

“On Twitter, Derrickson is already hinting that the same types of spiritual themes—which unflinchingly explore supernatural darkness head-on—will be present in Doctor Strange.”

“Quoting Imitation of Christ author Thomas A. Kempis, Derrickson Tweeted an artistic rendering of the Marvel anti-hero with the question, ‘Who has a harder fight than he who is striving to overcome himself?’”

For the moment, there is no way of knowing how Christians will receive Derrickson’s new film. All we can do is pray it provides audiences with solid, Godly questions while still delivering the quality adventure we've come to see in films like Ant-Man, Avengers, and Guardians of the Galaxy. Currently, Dr. Strange is scheduled to release in November of next year. The film will star Benedict Cumberbatch (The Imitation Game) as Dr. Strange, Tilda Swinton (The Grand Budapest Hotel) as the Ancient One, and Chiwetel Ejiofor (The Martian) as the villainous Baron Mordo.