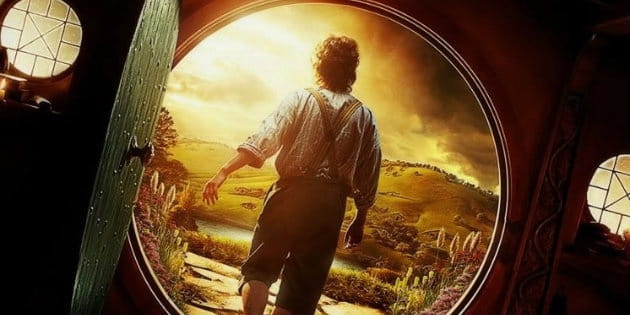 This was a phrase I heard often during my childhood. You see, I grew up in a Christian home, and while we weren’t that overly conservative, our lives still revolved entirely around the church. Naturally, this meant our books, movies, and television had to be periodically screened to ensure none of “the world” was getting in under our noses. Adults would fret over the latest Disney film, and when Harry Potter first hit bookshelves, boy were some people upset. Looking back on it now though, I can’t help but wonder if we had the wrong view of pop culture.

Don’t misunderstand, there were definitely aspects of the media which deserved to be shut out (MTV, R-Rated Movies, Twilight) but what if we built our walls too high? By attempting to sort out the worst of pop culture, did we also exclude the best it had to offer? Samuel D. James ponders this question in a recent blog post by comparing The Lord of the Rings with Harry Potter. Both films featured wizards and fantasy worlds with redeeming themes, but one was applauded by evangelicals while the other was reviled. He writes,

“There was, of course, an irony here. Many of the influential evangelical publications that had urged believers to avoid the wizardry of Harry Potter took a starkly different approach to Gandalf. The dissonance was unmistakeable. World Magazine, which had studiously criticized the Potter books, preemptively advertised Fellowship as a ‘family-friendly blockbuster’ that Christians should be interested in (and so too with the next two Lord of the Rings movies). Plugged In (Focus on the Family’s media review publication) threw red flags all over Hogwarts, but saw Tolkien’s ‘Christian themes at work’ in Jackson’s films. The difference was, of course, that Tolkien spoke openly about his Catholic faith, while in the evangelical world, you could occupy your day reading chain emails with conspiracy theories about J.K. Rowling’s intentions. Unlike the Potter phenomenon, a lot of believers saw in the Lord of the Rings movies an opportunity to see their ‘values” on the screen.’”

The success of The Lord of the Rings demonstrated, in James words, that Christians had created barriers between them and culture without realizing it. By choosing to ignore anything which wasn’t overtly faith-based, we lost the ability to appreciate, and influence, the world through art. Christian music and movies are made and consumed exclusively by Christians, with much of it lacking in craftsmanship. Meanwhile, pop culture has moved on to explore new styles and stories. In short, we’ve been left behind in the proverbial dust.

So what does all this mean for Christians? Well, this is a complicated topic, and people are sure to disagree with me on some points, but I believe we need to rebuild the bridge between faith and imagination. Let’s brush off our old copies of C.S. Lewis, J.R.R. Tolkien, or Madeleine L'engle and remember what good fiction looks like. Let’s stop looking for easy answers in films such as God’s Not Dead and instead challenge ourselves through stories like Calvary. It’s time we tore down the wall we’ve built between the Church and pop culture.

Jesus knew the value of a good story, are we ready to follow his example?