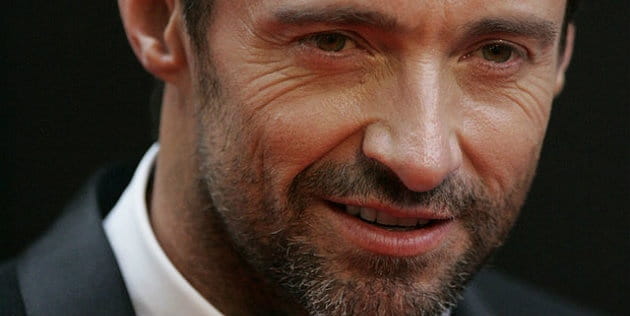 Hugh Jackman is typically recognized as the actor who plays the surly, tri-clawed mutant Wolverine from the X-Men franchise. While the role has certainly proved lucrative (spawning seven additional movies and another upcoming prequel), the Australian born actor has recently set his sights on a new project. According to The Guardian, Jackman will star as the apostle Paul in an upcoming film that depicts the life and teachings of this Christian leader. Ben Child of The Guardian writes,

“Hugh Jackman will play the apostle Paul in a new film set to be the most high-profile Hollywood Christian production since Mel Gibson’s The Passion of the Christ, according to Deadline.”

“Apostle Paul follows recent faith-based films such as Do You Believe, Son of God and Heaven is for Real into cinemas. However, with Jackman in the lead as the follower of Jesus who was converted on the road to Damascus, not to mention Matt Damon and Ben Affleck taking producer roles, the project looks likely to have significantly more clout than previous efforts.”

Though Jackman himself is not a Christian, he does reveal that his father is a devout follower of Jesus who often took his young son to Billy Graham crusades. Affleck and Damon are not Christians either, and are considered a strange pair to make a religious film, given their acting history in movies like Dogma, a 1999 satire of the Catholic Church. However, there’s no denying that with a proper budget, Apostle Paul could, as The Guardian states, “have significantly more clout than previous efforts.” So, how should Christian audiences feel about this upcoming film? The best answer is perhaps a mixture of excitement and caution.

Christians certainly know what it’s like to suffer unflattering portrayals of Biblical figures. Ridley Scott’s Exodus: Gods and Kings was lambasted by the Christian community for depicting Moses as a psychotic terrorist and God as a willful child. At the same time though, Apostle Paul could break the barrier between independent Christian films and the general population. As explained in an earlier post,

“The idea is that religious filmmakers have been taught to sacrifice quality for quantity. Any avid moviegoer knows that in the summer, movies are designed to be shallow and fun so they can pull in lots of money. During the winter, movies become more refined because the Awards Season is on the horizon. The problem with Christian films is that their audience is small, so religious studios have chosen to only follow the “summer” route. One man Wilkinson interviewed equated it to making a superhero film.”

As it stands, Christian audiences can be hopeful that Apostle Paul will deliver a powerful, accurate picture of early Christian life. Though little information is available on the upcoming film, it is predicted to release sometime in late 2017.

What are your thoughts? Do you think a secular studio should handle the life of Paul?