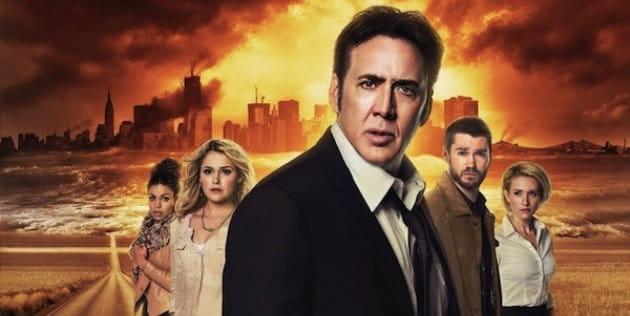 The Left Behind series has been a staple of Christian pop culture for as long as most people can remember. The best-selling novels by Tim LaHaye and Jerry B. Jenkins first debuted in 1995 before spawning sixteen sequels, three films starring Kirk Cameron, and a couple of very questionable videogames. Even before the advent of the Tribulation Force, other films had stepped in to take advantage of Christian’s fascination with the Rapture. Movies like A Thief in the Night and A Distant Thunder were devoured by thrill-seeking congregations, or used to terrify small children at Bible camps. Still, every successful franchises eventually runs out of steam, and right now Left Behind appears to be working on nothing but fumes.

According to a recent article in Christian Today, the producers of 2014’s Left Behind adaption have launched a crowdfunding campaign in hopes of making a sequel. Journalist Carey Lodge writes,

“A crowdfunding campaign was launched yesterday by producer Paul Lalonde, who hopes to raise an initial $500,000. With that amount, filming could begin this August for a summer 2016 release in cinemas.”

“‘We are living in the last days and if the Rapture were to happen today, there are a lot of people who just aren't ready,’ Lalonde said. ‘This is why we need to complete the story as soon as possible.’ He said his team needs to fund the movie independently to ‘keep control of our story’”

Publicly funded projects are not uncommon in today’s media. Online programs like Kickstarter have helped develop television shows, web series, and even full-length, feature films. What makes this news so surprising is that the creators are actually pursuing a sequel at all. 2014’s Left Behind, which starred Nicholas Cage, was not a critical or commercial success by any means. The film received near universal scorn, including from many Christian audiences.

“…Left Behind is not a good movie—Christian or otherwise. A reboot of an earlier franchise that starred Kirk Cameron, this new attempt from producer Paul Lalonde (who co-wrote the screenplay for this adaptation as well as the previous Left Behind) has a $16 million budget (compared with a reported $3 million budget for original) and a major star (Nicolas Cage, Season of the Witch) taking over the lead role of pilot Ray Steele. But rather than a timely, relevant story, this Left Behind plays like a throwback to the 1970s, when disaster movies were all the rage. It's mainly an airplane-in-peril drama rather than a thoughtful treatment of the story's theological underpinnings.”

Creating films that preach the Gospel is certainly a noble pursuit, but like any ministry, the methods are just as important as the message. Given Left Behind’s cold reception, and the fact that most Christian movies are only attended by Christians, it’s hard to justify another sequel. The Rapture message will continue to live on in Christian culture, but for now, perhaps its best that Left behind take a well-deserved break from our screens. Besides, it's likely Nicolas Cage will be too busy consulting on another crowdfunded project: a giant photo mosaic of his own face.

What about you? Will you support a second Left Behind?