Is There Room for Danger in Christian Movies?

Is There Room for Danger in Christian Movies? 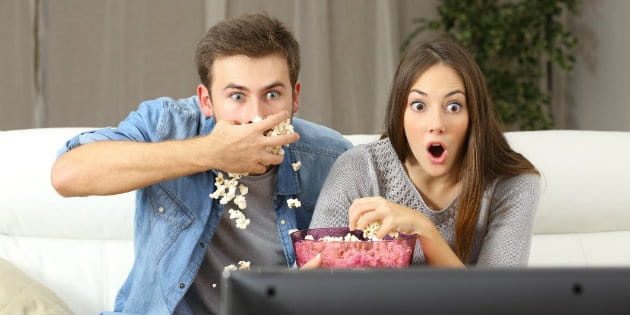 Some time ago, a friend of mine who knew I reviewed movies sent me a suggestion.

“It’s a new Christian film”, he told me, “Amazing, and really thought-provoking too. One of the best faith-based movies I’ve ever seen. You should definitely consider writing on it.”

Needless to say I was intrigued. So one weekend, with popcorn in hand, I sat down to see what all the fuss was about. It turns out my friend hadn’t been exaggerating. The movie was brilliant, with challenging questions involving faith and family. I knew I had just witnessed a profound, in-depth look at modern Christianity. I also knew I could never, ever write about it.

The term “Christian movie” has come to mean something very specific to faith-based audiences: positive, encouraging, and safe for the whole family. If a film deviates from this criteria it’s likely to get rebuffed by religious viewers. While I enjoyed my friend’s movie immensely, it had been anything but safe. The story grappled with a number of difficult issues including divorce, abuse, and spiritual doubt. Christian families might have turned it off after 5 minutes.

This begs a question though: Is there room for danger in Christian movies? As I’ve written before, being a Christian is not always “family-friendly”. Harsh mediums are sometimes necessary for a serious dialogue to take place. Take Martian Scorsese’s Silence as an example. The film was lauded by critics, and even became Crosswalk’s #1 movie of the year, because it dared to explore the ideas of martyrdom and apostasy.

Still, not all believers felt the same way, with some even going so far as to call the movie blasphemous. Ironically, a similar controversy happened only a few years prior with another faith-based film, Calvary. The tragic tale of an Irish priest was considered too dark for most believing audiences, who overlooked it in favor of PureFlix highly-anticipated God’s Not Dead. One movie was praised for its depiction of faith, but considered too dangerous for Christians. The other was safe and encouraging, but not altogether deep.

So how do we, as believers, balance the two approaches?

In The Lion, the Witch and the Wardrobe by C.S. Lewis, there is an important scene which takes place not long after the Pevensie children arrive in Narnia. Mr. and Mrs. Beaver lead them to meet Aslan, the King, and the children are shocked to discover Aslan is not a man, but a lion. What follows is a truly astounding statement from Mr. Beaver,

“‘Aslan is a lion- the Lion, the great Lion.’ ‘Ooh’ said Susan. ‘I'd thought he was a man. Is he-quite safe? I shall feel rather nervous about meeting a lion’...’Safe?’ said Mr Beaver ...’Who said anything about safe? 'Course he isn't safe. But he's good.’”

When approaching God, Christians need to remember he is not safe, but he is good. Consider the life of David, which included murder, betrayal, and adultery. Not exactly PG material, yet it also demonstrated God’s Justice, mercy, and faithfulness. What of Paul? He began his journey as an enemy of Christians, and even after his conversion, the story was pretty grim. Still, God was glorified regardless.

Perhaps the same should be true for Christian movies. Sometimes we’re be able to rest in the message of Christ’s grace and encouragement, but other times we must take up his call for courage and sacrifice. If we hope to engage the world with authentic faith, we must not be afraid to depict real problems in our media. There will always be a place for hope-filled messages and family-friendly entertainment within the Church, but other times, our films might require a little danger.