5 Things to Watch on Netflix in March

5 Things to Watch on Netflix in March

Netflix certainly knows how to maximize their business. Each month, the streaming giant releases a new batch of binge-worthy programs for audiences to enjoy. It’s like Christmas, only with more nachos. So, with February behind us and March officially underway, it’s time to take a look at what new movies and titles will be available to hungry viewers. Hold onto your popcorn, because March is looking pretty intense.

Over 20 years since its initial release, Jurassic Park has stood the test of time and remains one of cinema’s greatest achievements. Who can forget the look of amazement on Dr. Grant’s face when he first lays eyes on a real dinosaur? Who doesn’t cringe in fear at the roar of a T-Rex? Though probably not the best movie for young viewers, older audiences are sure to be touched with some prehistoric nostalgia. Just be sure to brush up on your early 90’s fashion before you watch.

Viewers searching for a more family-friendly monster should turn their attention to Pete’s Dragon. This live-action remake from Disney tells the story of an orphan boy who befriends a huge, green dragon named Elliot. Though their friendship grows over the years, Elliot becomes threatened when nearby lumberjacks set their sights on the dragon’s forest. With the help of a park ranger (played by Bryce Dallas Howard) and her elderly father (Robert Redford), the two friends may just discover a way to save their home. Perfect for children and adults of all ages, Pete’s Dragon is a great choice for any family movie night.

If dragons and dinosaurs aren’t up to your taste, why not try giants? Based on the award-winning novel by Roald Dahl, The BFG chronicles the adventures of an orphan girl named Sophie after she gets swept up by a big, friendly giant (or BFG). What follows is a charming tale about the importance of dreams, hope, but most of all, friendship. If you loved the book as a child, Steven Spielberg will surly delight you with his groundbreaking reimagining of the story. There’s even some snozzcumber if you’re feeling peckish.

The latest defender in Marvel’s ever expanding roster of heroes, Iron Fist joins the likes of Daredevil, Jessica Jones, and Luke Cage, to battle crime in the streets of New York. After being presumed dead for 15 years, Danny Rand returns home to take back his father’s company and defeat an evil conspiracy which has infected the city. Luckily for him, Danny also happens to be the Iron Fist, a mystical warrior who can channel powerful energy straight through his hands. Marvel fans can expect plenty of kung fu action along with copious Easter eggs for the sharp-eyed viewer. 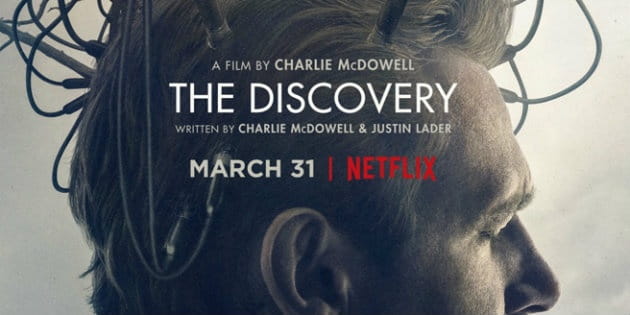 One of the more troubling entries on this list, The Discovery is a Netflix original film which ponders the meaning of life and death. After a renowned scientists discovers incontrovertible proof of the afterlife, millions of people begin killing themselves in order to “restart” their existence, while others question their own purpose for being. This chilling thriller will undoubtedly raise a number of questions about the role of death in human understanding, questions Scripture could potentially answer. If you’re a Christian who enjoys tacking complex and divisive subjects, The Discovery may just be for you.