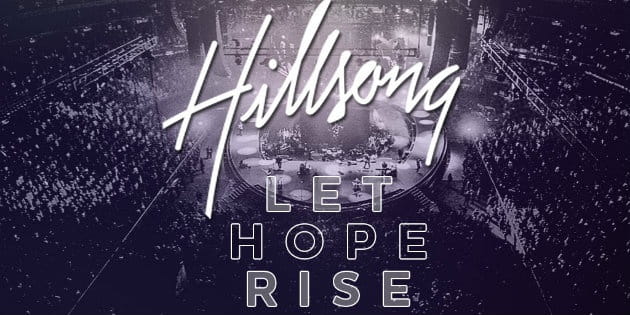 There are few Christians who don’t know the name Hillsong United. The Australian based worship team is renowned in Christian circles for their powerful hymns and rich, authentic music. Many of their songs have found homes in congregations across the globe, and the band has even been ranked #1 on some international music charts. Yet, despite the wide scope of the band’s success, it was still a pleasant surprise to find them performing on the Today Show. It’s an encouraging sign that the gap dividing Christian music from mainstream listeners has begun to close.

“Hillsong United has become a worship music phenomenon, selling millions of albums and filling up major arenas around the world. And they’re gearing up for the release of a new album and a documentary about the band. This morning, the band appeared on the Today Show to perform their new single ‘Touch the Sky.’ You can go here to watch the performance.”

“The segment also featured an interview with Hillsong NYC pastors Carl Lentz and Joel Houston talking about the church’s appeal and message. ‘I think the message of Jesus, it appeals to everybody. So for us, it’s just trying to get out of the way,’ Houston said…”

Each day, great strides are being made by Christians in the realm of pop culture. Professing believers like Lecrae and Kendrick Lamar are sharing their faith on open stages and redefining the nature of Hip-Hop. Biblical miniseries such as A.D. and The Bible are being devoured by television audiences, and in Hollywood, Christian movies are thriving like never before. Hillsong’s performance on the Today Show is just one more reminder that God is still present and working in our world today. The arts, it seems, have breathed new life into the spirit of ministry.

In an older post, I mentioned that a new era of faith-filled pop culture was on the horizon,

“For Christian artists, this is a strange and exciting new time. The barriers that have traditionally kept them from sharing their work with the secular world are starting to crumble. Suddenly, movies like Unbroken, Calvary, and God’s Not Dead are finding their way to local theaters. Faith-based music is turning up in the most unexpected places, and Christian authors are showing they can write stories that are more than just coffee table books. God’s word is finding its way into the hearts and minds of an audience that is thirsting for something more than the next big fad.”

I still stand by this belief. The world is hungering for a message of hope that will satisfy the emptiness in their souls. Despite many of the challenges Christians face in today’s culture, the Gospel of Christ is still being heard, hearts are still being changed, and love will ultimately win the day. So let’s take heart when we see bands like Hillsong United performing on the Today Show, and remember the words written in Romans 1:16,

“I am not ashamed of the gospel, because it is the power of God for the salvation of everyone who believes…”

What about you? Were you excited to see Hillsong United perform on the Today Show?