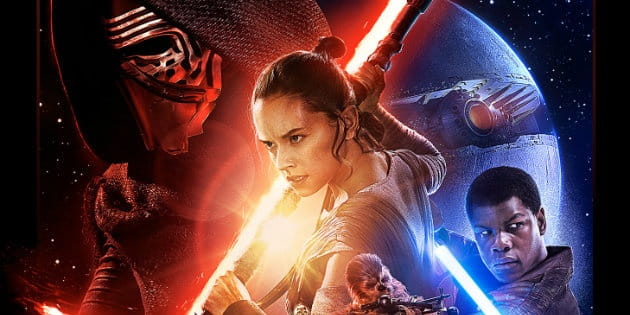 It’s been ten years since the last Star Wars movie (30 years since the last good one), and with the premier of The Force Awakens only days away, fans are practically going bonkers with anticipation. The new chapter promises to return Star Wars to its roots. Old faces will reappear, and young heroes will rise to shepherd the galaxy through another battle against evil. While the epic space opera has never been overtly Christian, it still incorporates themes which reflect the Gospel. So buckle up kids, prepare the hyperdrive, and don’t miss these five Christian messages found in Star Wars.

We are All Part of Something Bigger

Who would you say is the hero of Star Wars? Maybe Luke Skywalker, he is the last Jedi Knight, and the only one who can defeat Darth Vader. Then again, Princess Leia was leading the rebellion years before he came along. What about old Obi-Wan? He sacrificed everything to give the galaxy a chance at peace, and he even stuck around after death to offer support.

In truth, each of these characters is fighting for something bigger than themselves. No matter how grand their individual achievements may be, it’s all done in the name of preserving galactic freedom. As Christians, we know the Body of Christ is made up of many people. 1st Corinthians even teach us that we all have an important role to play in Christ’s ministry. It doesn’t matter if you’re a princess or a moisture farmer, we are all part of something bigger than ourselves.

It’s hard to imagine the iconic Jedi without their lightsaber. Obi-Wan describes these trusty laser-swords as “an elegant weapon”, and in the hands of a master, it’s hard to argue with his assessment. A lightsaber can cut through metal, deflect blaster shots, and even bring light to dark places. When armed with one of these, a Jedi is a formidable foe. Without it, they’re in deep trouble.

Like the lightsaber, scripture is often portrayed as being a weapon. In Ephesians 6, believers are called to take up “the sword of the spirit, which is the word of God” in order to do battle with the enemy. While a lightsaber may be the hallmark of a true Jedi Knight, the Bible is the tool of a true Christian. When we keep it close, we can be a force for good, but without it, we’re next to useless.

Even the Best of Us Can Fall

There are few villains in the Star Wars universe more menacing than Darth Vader. With his crimson lightsaber and ragged breathing, this Dark Lord of the Sith inspires fear wherever he goes. Audiences have witnessed him destroy planets, murder subordinates, and even torture his own children. Yet, perhaps the most distressing aspect of Vader’s character is that he used to be good. Long ago, Vader was a Jedi Knight named Anakin Skywalker who fought to protect the people of the Galactic Republic.

Skywalker was a great hero, but pride and anger led him over to the dark side. In the same way, even the best Christians are susceptible to sin and brokenness. Just look at Peter, who denied Christ, or David, who was guilty of murder and adultery. Sin, the dark side, is very real, and every Christian must be on guard against temptation.

Of all the planets in the Star Wars universe, perhaps none is more unremarkable than the desert world of Tatooine. Orbiting twin suns in the galaxy’s outer rim, Tatooine is a harsh and desolate place ruled by gangsters. Both the Empire and the Rebellion ignore the planet, preferring to focus on more important worlds like the industrial Coruscant or the beautiful Naboo. Despite all this, Tatooine has served as the origin point for some truly extraordinary characters. Anakin Skywalker was born there, his son Luke grew up there, not to mention the smuggler Han Solo was discovered there.

Much like Tatooine, Jesus was born in Bethlehem, a place so inconsequential it barely showed up on a map. The first people to hear of his birth were shepherds, men who fell on the lowest rung of the cast system. Even his parents were unlikely, just a simple carpenter and a virgin girl. Yet God has a way of taking ordinary things and transforming them into something truly exceptional.

It’s Never Too Late for Redemption

At the very end of The Return of the Jedi, just when it seems that all hope is lost, something incredible happens. Darth Vader, the longstanding antagonist of the series, sacrifices himself to save his son and defeat the emperor. Vader had believed he was too far gone to ever find redemption. He had done so many terrible things, betrayed so many people. How could he ever be forgiven?

Luke, on the other hand (no pun intended), never lost faith in Vader. In fact, he believed so strongly he was willing to pay the ultimate price for his forgiveness. There are many people like Vadar who look back on their mistakes and think it’s too late, but they are wrong. I doesn’t matter how far we’ve strayed or how mangled we’ve become, Jesus gave his life so that we could be forgiven (John 3:16). God doesn’t need to save you, He already has.