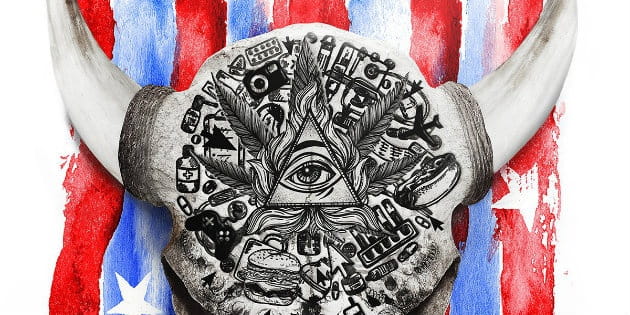 In 2016, Starz released the first trailer for its upcoming new drama, American Gods. The series, which debuts this April and is based on the novel by Neil Gaiman, is ambitious to say the least. American Gods focuses on the journey of a recently paroled criminal named Shadow Moon and his employer, Mr. Wednesday. Wednesday, it’s revealed, is actually the Norse god Odin who is traveling across America seeking out other old gods to join him in a war that’s been brewing for centuries. As the pair make their way through the Midwest, readers are left to ponder the nature of belief and whether culture creates religion or vice versa.

It Takes a Pluralistic Approach to Religion

Some novels, like the Percy Jackson series, make it a point to stress that their gods aren’t actually “gods” with a capital G. They’re portrayed more as primordial forces than divine beings, and encourage readers to view them as mythology instead of religion. In the world of American Gods, all deities are real, all of them have that capital G attached, and there’s no distinction made between modern religion and the legends of old. Figures from Greco-Roman pantheons are shown right beside figures from modern Hinduism, Buddhism and Islam. While this does allow the reader/viewer a new perspective on ideas of faith, Christians shouldn’t expect any kind of deference toward their beliefs either.

Jesus Will Make an Appearance

Though the novel never depicts Christ himself, Gaiman was often heard to say he wanted the characters to meet and interact with Jesus at some point. The Starz series appears to have taken his words to heart. According to the IMDb database, several actors have been cast to play the role of Jesus, or perhaps more accurately, the incarnations of Jesus people have created. This includes a Hippie Jesus, White Jesus, Black Jesus, and Asian Jesus. While it certainly fits with the novel’s theme of cultural religion, Christians shouldn’t expect a scripturally accurate portrayal of their savior.

There’s a Difficult Conversation with Easter

One of the more climactic moments of the novel centers around the goddess Easter. In a conversation between her and Wednesday, the Norse god mocks humans for stealing the goddess’s sacred festival and replacing it with one of their own. He informs a passing waitress that Easter actually began as a celebration to the dawn goddess Ēostre', before fretful Christians changed it to mark the resurrection of Jesus. In Wednesday’s opinion though, the Christians did a very poor job of changing things, since they still hunt Easter eggs without any idea what they’re for. It’s a conversation that’s likely to appear in the show as well, despite the awkward atmosphere it creates for Christians.

The Queen of Sheba is a Murderous Prostitute

Nope, you read that right. The Queen of Sheba, who appears in 1 Kings 10:1-13 to test King Solomon, also appears in American Gods. In this iteration she lives in California where she works as a prostitute, luring men to her apartment before killing and devouring them. It’s actually worse than it sounds, but on the bright side, this paragraph is pretty self-explanatory.

For Better or Worse, There’s a Lot of Biblical Imagery

If conservative Christians are looking for any redemptive qualities in American Gods, they’ll be surprised to learn there’s actually a lot of Biblical imagery within the story. How this is received largely depends on the viewer, but it’s still there for those who search for it. A pivotal arc of one storyline even deals with a “son of god” dying on a tree for others before he’s resurrected on Easter day. This likely won’t convince any faith-based viewers to give American Gods a second chance, but all the same, it’s good to know. When culture comes knocking with questions about Christian faith, believers should be prepared to answer.