4 Ways Satan Wants to Destroy Your Marriage before it Begins

4 Ways Satan Wants to Destroy Your Marriage before it Begins 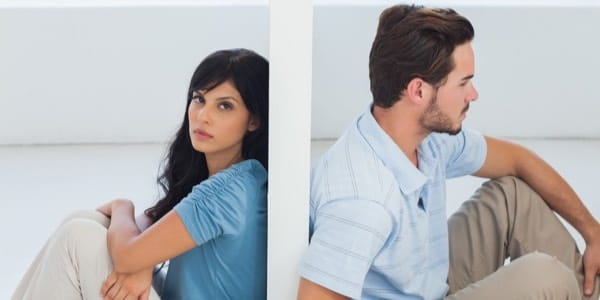 Before I met my wife, I’d never had what I’d call a healthy relationship. I’d bounced around from one to another, getting the most out of them with the least amount of effort. All those years, I absorbed gobs of lies about what “love” really is and what is “okay.”

Detangling all that after Jesus pulled me into life has been—well—difficult. Lots of counseling and prayer went in before I met my wife and lots more has gone in since. I swallowed so much of what Satan is shilling that it’s taken years to reprogram my head and heart.

That’s a pattern Pastor Garrett Kell has seen far too often. Married couples come to him because their relationship has fallen on some rocky soil, and he has to pluck up the stones. Usually, those stones were put there long before they got married:

“Many unmarried Christian couples struggle with sexual sin. This should be no surprise, since we have an enemy set against us and our impending marriage (1 Pet. 5:8). He hates God, and he hates marriage because it depicts the gospel (Eph. 5:32). One of Satan's most effective strategies to corrupt the gospel-portraying union of marriage is to attack couples through sexual sin before they say ‘I do.’ ”

So, what is it that Satan wants us to buy into before we walk down the aisle? Kell reveals 4 lies we must watch out for:

1. Satan wants us to make a pattern of obeying our desires instead of God's direction.

If our enemy can get us to pursue our own selfish pleasures before marriage, he knows he can set up a pattern in our lives. Marriage won’t suddenly cure us from that pursuit. Instead, if we gave into our urges before the wedding, we’ll likely do so after as well. “This, however, is deadly since service and sacrifice are essential to a healthy, Christ-honoring marriage.”

2. Satan wants us to underestimate how susceptible we are to temptation.

Satan’s goal is to get you to ask the age-old question, “Is that really too far?” As soon as our minds go down that road, our pride will convince us that we’re a superman when it comes to temptation. In reality, we’re all weaker than we think, and our posture should be to honor God, not push the limits.

3. Satan wants couples to weaken their trust in one another.

Sadly, some Christian men will push the women they’re dating farther than they want to go. Satan uses this to weaken trust between the couple through shame and regret. But we can defeat his attempt: “Every time we say ‘no’ to sexual sin and turn to prayer, telling one another we value them and their walk with the Lord too much to go one step further, he uses that faithfulness to strengthen trust.”

4. Satan wants to deceive you with the forbidden fruit of lust.

Unmarried couples who build sexual intimacy on the lust and passion of this “forbidden fruit” will very likely be confused and let down that sex after marriage has its foundation in trust and devotion. “Satan wants couples to get used to running on the caffeine and sugar of lust rather than mature love of service and sacrifice.”

In a popular article on iBelieve.com, writer Brett Wilson shares how she, too, had been confused by Satan’s lies. Until the man she dated refused to sleep with her:

“Yes, we're the ‘good Christian boy and girl,’ but haven't all of the other Christian men I've dated wanted the same thing from me eventually? No matter how devout or respected they were in their communities?…

“You didn't want this from me. And by this small gesture, by this boundary, by this standard, by this reasoning, you do love me.

“And even better, you respect me. Which, oddly, looks a whole lot like love. Real love.”

Did Kell miss anything? What else can Satan do to destroy marriages before they start? How can couples protect their marriage from his schemes?