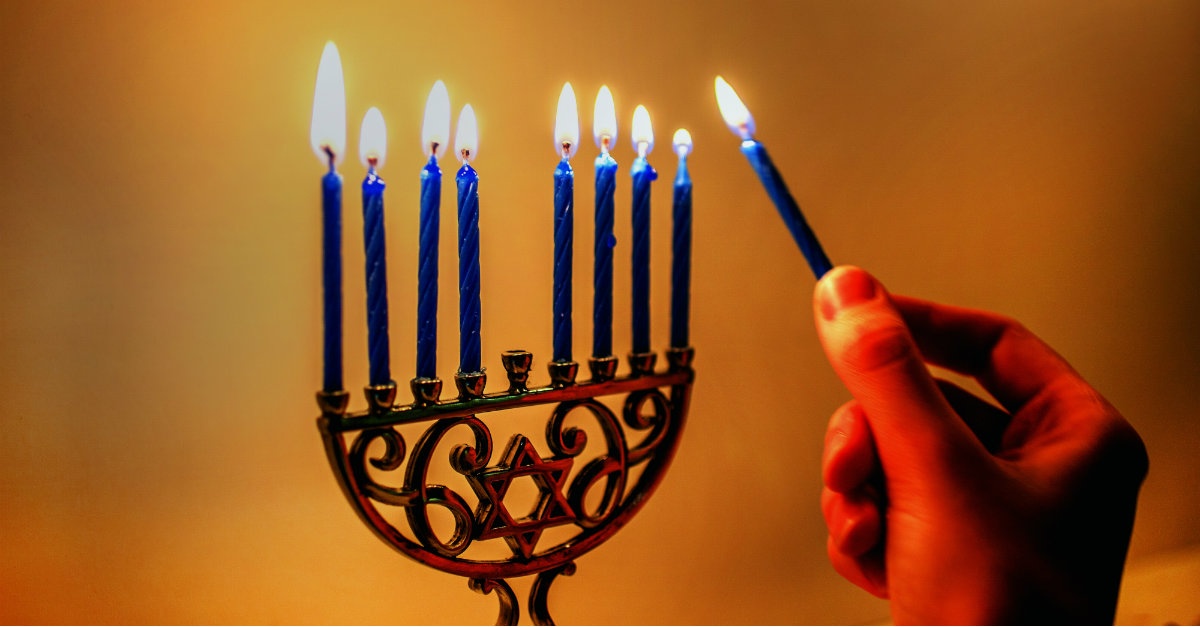 The story of Hanukkah, however, and its relevance for Christians today, is worth paying attention to.

Charisma News recently shared a video of Jonathan Cahn, best-selling author and Messianic Jewish rabbi, in which Cahn explains Hanukkah and its import for modern-day Christians because, after all, how many of us actually know the story of Hanukkah?

Hanukkah is about resisting those who disregard God and impose evil; it is about re-dedication to God.

Cahn explains that what is celebrated as Hanukkah began when an evil ruler, Antiochus Epiphanes, invaded Israel and began to impose his pagan ways upon the Jewish people. He proclaimed God’s Word to be illegal, and In 167 BC, he ordered an altar to Zeus built in the Jewish Temple.

Many Jews, says Cahn, went along with Antiochus’ evil ways and did not resist. Cahn likens this to the people in France or other European countries who simply complied with the Nazis during World War II and did not resist the evil.

However, there was a small group of Jews, the Maccabees, who did resist, and God gave them an incredible victory, a miracle. In an article titled “Hanukkah: Bringing More Light into the World” on Crosswalk.com, Miriam Feinberg Vamosh says, “a rag-tag guerrilla army led by the Hasmonean Judah the Maccabee and his brothers overcame the vast and well-equipped Seleucid forces.”

Their enemies conquered, the faithful Jews began to restore the temple. They purified the Temple in the winter of 164 BC and found one small jar of oil which was used in worship.

Jewish families and some Christians celebrate Hanukkah today by burning candles on a menorah for eight days, one candle for each day, and one extra candle to light the rest, to commemorate the victory God gave to those who bravely resisted evil and to focus on the rededication of what is holy in service to God.

“We light one candle a night until all eight burn brightly, symbolizing our efforts to continually bring more light (holiness) into the world. We place the menorah in the window of the home to remind one and all of God’s never-failing protection,” says Vamosh.

Cahn then applies this ancient celebration to our own lives. Just like the Maccabees, or those who resisted the Nazis and took a stand for the Jews during World War II, such as Corrie ten Boom and her family, we are called to resist evil today.

Our modern world provides us with ample opportunity to resist evil and to stand for God and His truth. What a wonderful reminder this is to us, at the Christmas season, and during any time of year.

at age seven and went on to study English in college, focusing on 18th century literature. When she is not listening to baseball games, enjoying the outdoors, or reading, she can be found mostly in Richmond, VA writing primarily about nature, nostalgia, faith, family, and Jane Austen.
NEXT POST
Would the Existence of Aliens Disprove Christianity?
Read More Trending
Would the Existence of Aliens Disprove Christianity? Tuesday, December 8, 2015