Yes, Jesus was Sarcastic... and it Worked

Yes, Jesus was Sarcastic... and it Worked 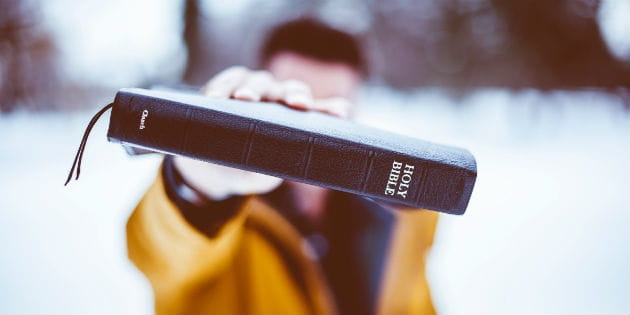 We don’t talk about the sarcasm of Jesus all that much, but it’s one of my most favorite things about him. Jesus kept it real. As someone who appreciates a healthy dose of sass and sarcasm personally, I love that I read so many stories in the Gospels of Jesus dishing it out to the people he talked to and taught.

Jayson Bradley recently shared “4 Times Jesus Used Sarcasm to Make a Point” on Relevant Magazine. “When someone tells me that irreverence, satire and sarcasm strikes a tone that isn’t Christ-like, I wonder what Bible they’re reading,” he says.

I, too, find it amusing when people think the Bible is dry, or that Jesus was boring. I’ve often laughed out loud at the stories I read in Scripture, loving the times Jesus told it how it was or gave the Pharisees a run for their money. I so appreciate that Jesus wasn’t a one-dimensional teacher or leader, but instead fully human, having a sense of humor and a personality even in his perfection.

Here are the four examples Bradley shares of Jesus at his sarcastic best in Scripture:

“At that time Jesus went through the grainfields on the Sabbath. His disciples were hungry and began to pick some heads of grain and eat them. When the Pharisees saw this, they said to him, ‘Look! Your disciples are doing what is unlawful on the Sabbath.’ He answered, ‘Haven’t you read what David did when he and his companions were hungry?’”

Oh, the Pharisees. They knew the Scriptures well, and they were constantly trying to trip Jesus up like they knew better.

“When Jesus asks them if they’ve read a Scripture before He explains it to them, it’s a taunt,” Bradley says. “They’ve read it; they just haven’t completely understood it or internalized it. This sarcasm isn’t just mean-spirited mockery; it’s strategy.”

“Again his Jewish opponents picked up stones to stone him, but Jesus said to them, ‘I have shown you many good works from the Father. For which of these do you stone me?’”

The Jews in this story wanted so badly to find a reason to get Jesus out of the picture. He had been claiming he was God, and he was threatening everything they thought they knew and understood.

“It’s a particularly tense moment that Jesus ramps up with a fairly brassy question,” says Bradley. “Christ reminds them of the many ways He has already established who He is. If they want to test the veracity of his statement, there are many witnesses who will corroborate. So, which good work do you plan on killing me for? It’s a fairly bold sneer for someone facing down a mob.”

“At that time some Phariseescame to Jesus and said to him, ‘Leave this place and go somewhere else. Herod wants to kill you.’ He replied, ‘Go tell that fox, ‘I will keep on driving out demons and healing people today and tomorrow, and on the third day I will reach my goal.’ In any case, I must press on today and tomorrow and the next day—for surely no prophet can die outside Jerusalem!”

Here, we see Jesus calling Herod a name (doesn’t “fox” seem tame compared to what names we so readily call leaders and authority figures today?) and calling him out, essentially.

“Jesus goes on to make one of the driest, most melancholic jokes in the entire Bible when He says, ‘Nevertheless I must journey on today and tomorrow and the next day; for it cannot be that a prophet would perish outside of Jerusalem,”’ Bradley writes. “He’s basically saying, ‘I know you Jews love to kill your prophets. Far be it from me not to trek back to Jerusalem to give you the opportunity.’”

“They tie up heavy, cumbersome loads and put them on other people’s shoulders, but they themselves are not willing to lift a finger to move them. ‘Everything they do is done for people to see: They make their phylacteries wide and the tassels on their garments long; they love the place of honor at banquets and the most important seats in the synagogues; they love to be greeted with respect in the marketplaces and to be called ‘Rabbi’ by others.’”

Jesus is making bold, sweeping generalizations here. In our day in age, anyone who identified as a Pharisee would surely be up in arms, ranting on Facebook about how they weren’t like all the others… when it’s the system as a whole that there was a problem with. Speaking in generalizations like this is “a device Jesus used-- a lot,” says Bradley.

I, for one, am glad for the sarcasm of Jesus. I’m grateful that I read these passages and so many others throughout Scripture and see that Jesus was a real human with real emotions and a real sense of humor. Like Bradley concludes, “mockery, satire and sarcasm aren’t simply mean spirited responses, they’re rhetorical weapons in the hands of those on the bottom.:

And Jesus? Even though he might have been sarcastic toward the Pharisees or snarky toward the Jews who wanted to stone him, he still died for each and every one of them. He still loved them to the ends of the earth and beyond. He just didn’t feign politeness when a dose of reality was necessary and he always kept it real. I have to say, I’m a fan.

What other passages in Scripture make you love Jesus even more?