9 Symptoms of the Unbelieving Pastor

9 Symptoms of the Unbelieving Pastor 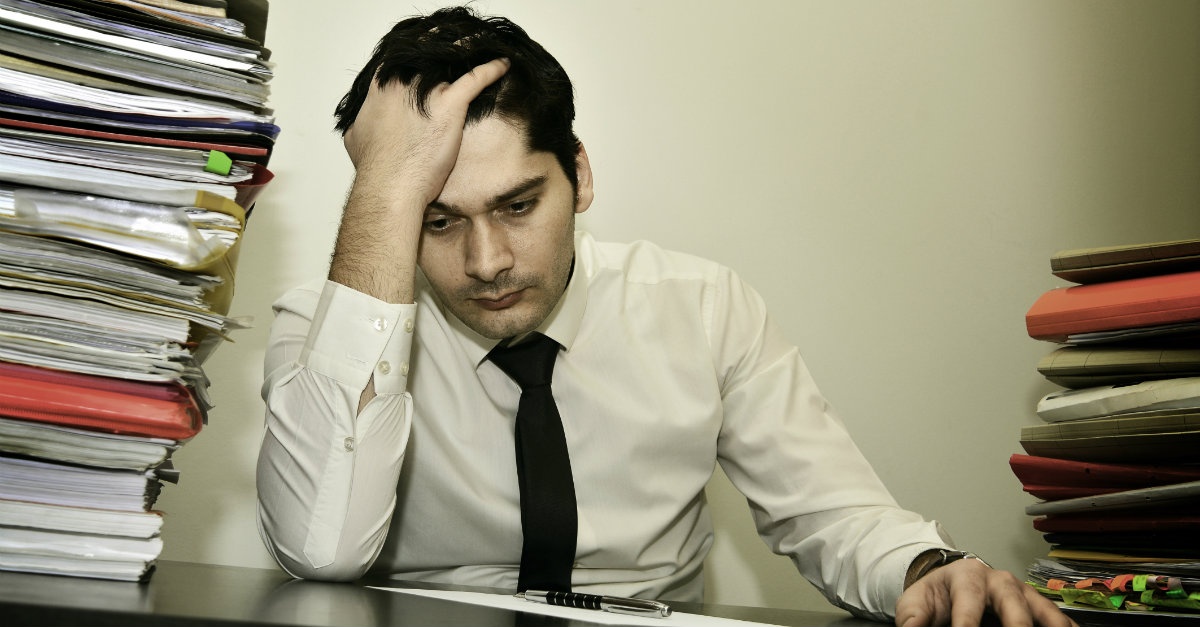 In a real sense, the shepherd of one of the Lord’s churches demonstrates faith every time he goes about his business of tending to the flock, of preparing sermons, delivering the message, or stepping into a hospital room.

He never knows what God is going to do and lives in the hope and expectation that He will do something.  Anything!

But there is another sense, perhaps on a deeper level, in which this one called of God may send a different kind of message, one of unbelief and not of faith.

1. His prayerlessness.  Nothing tells the story on our faith like our prayer life.  The preacher who lives his day, doing all the activities associated with shepherding a congregation, but who never pulls aside for a time of intimate prayer (talking to and listening to the Father) is radiating unbelief.  “I was too busy” is not only insulting to God, it’s also a bald-faced lie, and he knows it.  He was not too busy to stop at a station and fill his car up with gasoline.  He was not too busy to run by a restaurant for a meal.

Prayer is not the kind of activity that requires us to stop what we are doing. “Pray without ceasing” surely means to soak every hour, our every activity, with thoughts of the Father and quiet words to Him.

2. His meaningless, rote prayers. He prays, but it’s clear he’s only going through the motions.  I fear this is on full display in the worship service.

Pastor, what would real, faith-in-the-living-God sound like on Sunday morning when you went before the Lord in prayer (with the congregation eaves-dropping)?

3. His lack of initiative in anything.  What has God been doing all around Him?  What has the Lord been preparing for the church, for the individuals the pastor is talking to at the moment, for the pastor Himself?  A minister of faith will wade into every situation with hope of finding out, with questions and expectations, all in order to see what the Lord has in mind for today.

A well-known and highly effective pastor said he rises every morning with the prayer, “Lord, are you going to be doing anything great today? I’d sure love to be in on it!”

4. No invitation, or a tacked-on invitation following the sermon.  He was not expecting God to do anything in this worship service or through his sermon, but the congregation expects an invitation, so he goes through the motion. Rank unbelief.

Let the pastor announce to the people early in his message, “Today, I’m asking you to obey the living God in whatever He says to you.  At the climax of this message (not the conclusion!), I will be asking you to step forward to say yes to whatever the Lord wants...” Then, when he gets to the invitation, no one is surprised and those touched by God’s Spirit are encouraged to respond.

5. Too little exegesis of the Word.  His lack of confidence in the power of the Word to penetrate the human heart and draw people to Jesus is showing.

The pastor who puts little emphasis on the Word usually fills the sermon with fiber and fodder and filler, but not the life-giving force of the Holy Word from Heaven.

6. All exegesis of the Word and insufficient application.  He does not preach for decisions or changes in lives. He thinks a sermon is all Bible study.  HIs unbelief is on display.

The two parts of every sermon should be “What?” followed by “So what?”  The first is exegesis of the Word and the second is application.  Each is incomplete without the other.

7. No enthusiasm and no expectation for the worship service.  His ho-hum-ness is no secret, I fear.  Anyone used to dynamic leadership in worship can see what’s missing in a heartbeat.  The minister has no faith.

8. A reluctance to meet new people. Faithful pastors–those who live in faith are constantly on their knees interceding for the church–are always expecting new things from God and new people sent by the Lord.  And those new people can make a lasting difference in turning around a dying (or lethargic) church.

The pastor who has lost his vital, living faith no longer looks for such answers to his prayers. So, when church ends, greeting newcomers is a chore to him.  (And again, people can tell.  This is the type of thing that is impossible to conceal.)

9. Fear of everything different, anything new, anyone with an idea–it’s rank unbelief.  The Lord who said, “Behold, I make all things new” is always at work, even now.

If anyone in the congregation should radiate faith and confidence in the living Savior, it’s the pastor of the flock.

“Whatsoever is not of faith is sin.”

That text, “Whatsoever is not of faith is sin,” has long concerned me.  I suppose it’s generality has prevented me from using it much.  We could easily overdo its application.  My watching a football game on television or enjoying a picnic with the family or reading a novel are not particularly faith activities. But are they sin?  Surely not.  But just as certainly, to go about the work of the Lord without trusting in Him and looking to Him for direction and resources is wrong, and thus sinful.

“Not that we are adequate to think anything of ourselves; but our adequacy (sufficiency) is of God” (2 Corinthians 3:5).  Pastors should remove the paraphernalia on their walls devoted to their favorite teams and erect this verse just as prominently.

Say it over and over again, a hundred times a day, until it becomes part of your fiber and tissue, your joints and marrow.  “I am not adequate for any of the work to which the Lord has called me.  But that’s all right. It’s not about me.  It’s about Him. And He is sufficient for all my needs.”

“Heavenly Father, help us to abide in Thee.”